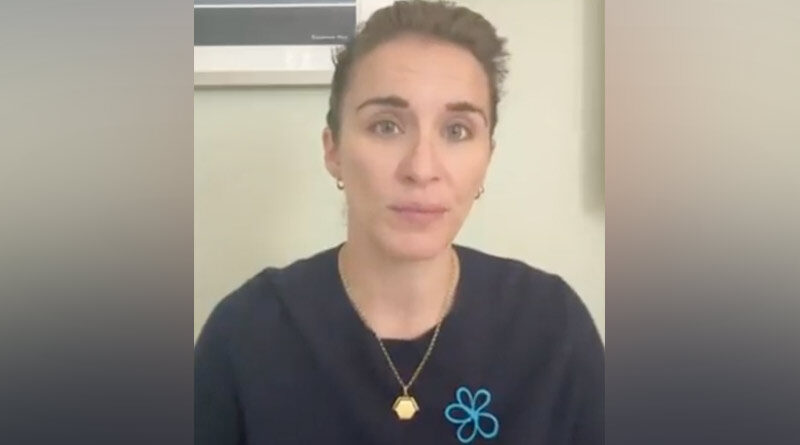 Line of Duty star and Alzheimer’s Society Ambassador, Vicky McClure, has shared a powerful video calling on every MP to help the charity cure the broken social care system, as reports today suggest Government will delay the vital care cap.

In the wake of her second series of Our Dementia Choir, Vicky’s poignant piece to camera speaks directly to MPs, asking them to imagine trading their life in politics for life as an unpaid carer for someone with dementia.

Released today on Vicky’s Instagram account, the video starkly describes the exhausting emotional, financial and physical struggles faced by thousands of families trying to get support for loved ones with dementia and calls on Government to ‘Make Dementia a Priority’.

The video comes as a report in The Times claims that Chancellor Jeremy Hunt is considering delaying the Government’s flagship social care reform which was a crucial first step in protecting care home users, of which at least 70% have dementia, from catastrophic care costs.

Speaking in the video, Vicky tells MPs:’You worked hard, you have an important job, you got elected. You have the power to make real change.’Now imagine, waking up tomorrow and having to give that all up… to become a dementia carer for a loved one.’Your days now revolve around an illness not your career.

‘Instead of your morning coffee briefing, you’re making sure your partner doesn’t choke on their breakfast.’You don’t need a coffee – even though you only got 3 hours sleep – because you’re running on adrenaline and dread.”Instead of being interviewed by journalists you’re being interviewed by a social worker, trying to get £69.70 a week – that’s now your salary.’

Vicky ends video with a direct call on MPs:Make dementia the priority it needs to be. Give people living with dementia, and their loved ones caring for them, the diagnosis and support they need.

‘Give them what they need to live a better life, from things like music therapy, support groups and breaks for carers.’You need to cure the care system.’

People with dementia are the biggest users of social care – 70% of people in care homes and 60% of people getting care at home have dementia, and decades of underfunding and neglect have led to a care system that’s difficult to access, costly, inadequate and deeply unfair to both users and workforce alike.

Vicky’s video also highlights the sector exodus of many under-paid, overstretched care workers struggling to make ends meet as living costs spiral, meaning people with dementia face being abandoned without the care they so desperately need:’Those wonderful people you now rely on, those care workers, they’re switching careers too – because they’re utterly broken by the workload. They’re leaving to work in supermarkets, in restaurants.’

Alzheimer’s Society echoed Vicky’s calls and urged Government to rethink after reports that a flagship social care reform, the cap on care costs, is set to be delayed.

Mark MacDonald, Associate Director of Advocacy and System Change at Alzheimer’s Society, said:
‘Vicky’s heartfelt video is a rallying cry to Government to make dementia a priority. She paints a stark picture of the reality of dementia care and support for thousands up and down the country – she has been through it with her grandmother and she sees it up close with the members of her wonderful choir.

We need to cure our broken care system which is failing many families living with the reality of dementia. The Government must not roll back on the care cap.’This social care reform was a crucial first step to tackle catastrophic care costs, limiting the amount people have to pay towards their care. People with dementia are the biggest users of social care – at least 70% of care home users have dementia – and this delay would be a damaging blow to them at a time when many of them will be struggling with bills and need action on the cost of care too.

‘We welcomed the Government’s vision last year to ensure everyone with dementia can get high-quality personalised care. But it was only a vision and with reports that Government may roll back on its flagship commitment to introduce a cap on care costs in 2023, we at Alzheimer’s Society are deeply worried that the commitment to realising that vision has waned.We need to see the Government delivering on its commitments, including on the cap, and matching its ambitious vision for quality care with investment to make it a reality, to ensure providers and their amazing staff are equipped to deliver for people affected by dementia.

‘While Chair of the Health and Social Care Committee, Jeremy Hunt himself said the Government’s plans for investment in social care were ‘a disappointment given the extent of the crisis in social care and the predicament of people whose quality of life is dependent on a solution being found.’ We don’t appear to be any further towards a sustainable solution. In fact, these latest reports suggest the Government is preparing to actually roll back.

‘Not investing in social care is a false economy which not only adds to the uncertainty and distress felt by those using the system, but places even greater pressure on, for example, the NHS. We have seen the dire consequences of underfunded social care and we must get sustainable investment in social care as soon as possible. The Government must prioritise dementia, prioritise social care and think again.’

The Health and Social Care Select Committee recommended as a starting point of an additional £7bn per year to be invested in social care in England.

Mark MacDonald added: ‘Government must deliver on its promises – a visionary ten-year plan for dementia, which transforms diagnosis and care in this country, delivery of the dementia mission to invest in research and reform of the care system. The Government’s promise of £5.4bn for social care doesn’t even scratch the surface of what is needed.’

Alzheimer’s Society is calling on the Government to honour its commitment to:
• The  National Dementia Mission, doubling dementia research funding and establishing a dementia research taskforce
• A massive  reform of the Social Care system, putting people in control of their care and reducing the amount they have to pay for it
• A  visionary  ten-year plan for dementia, backed by proper funding and powerful partners, which could be transformational for the 900,000 people with dementia in the UK.

Jeremy Hunt may delay the vital care cap reform, which would have helped protect people affected by dementia from catastrophic care costs.

Join @Vicky_McClure to call on MPs and sign our open letter, and make dementia the priority it needs to be: https://t.co/GFrYlkzfq7 pic.twitter.com/LaCgXO8vFS