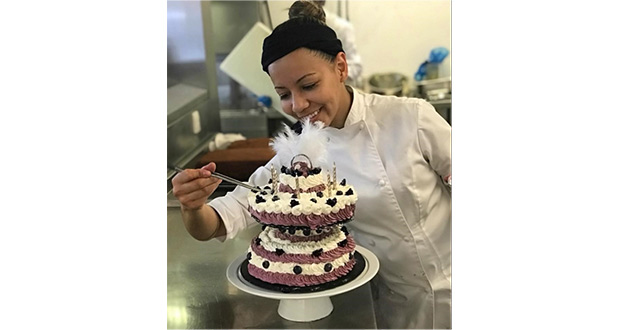 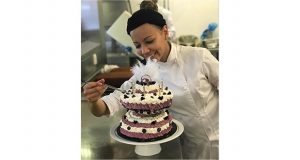 Team members, residents and relatives at three TLC Care homes are celebrating after their respective Head Chefs were announced as finalists for the fiercely contested national Care Chef of the Year Awards.

The Care Chef of the Year Awards celebrates the very best culinary talent in the care catering sector, highlighting excellence and rewarding those who work tirelessly to consistently provide an outstanding service.

In an outstanding display of culinary talent, TLC Care are fielding not one, but three chefs in the award’s finals. All three chefs will now battle it out in a cook off alongside the other seven finalists to be named Care Chef of the Year.

One of the nominees, Carl Weston, Head Chef of Cuffley Manor, presented a delicious Signature Menu to the judging panel, which included chicken breast stuffed with black pudding served with creamed potatoes, and bruleed lemon tart served with creme fraiche and fresh raspberries. The dishes are a favourite of Cuffley Manor residents, who were delighted to act as ‘taste testers’ during his preparations for the event.

Carl is joined in the final by Anas Alsaadi, Head Chef of Cooperscroft in Hertfordshire and Juliana Martins, from Carlton Court.

“The competition is fierce but it’s an honour to be nominated and it is very encouraging to have our hard work recognised by such a respected body.”

“We are immensely proud of all our nominees. It is a testament to their years of experience and the effort they put in day in, day out, to create delicious and nutritious meals for our residents.

“It is so important to recognise that food in care homes should be about more than simply nutritional value, and also be an experience residents will enjoy. This is the ethos we try to instil in all our catering staff across TLC, so it is really exciting to see this has paid off, with three out of ten cook-off places going to a TLC chef.

“These Chefs are really talented and have proven to be firm-favourites of residents and relatives alike. We are so pleased that their talent and commitment has been recognised by the Care Chef of the Year Awards. We wish them the very best of luck for the final, and whatever the outcome, they are already winners in our eyes.”