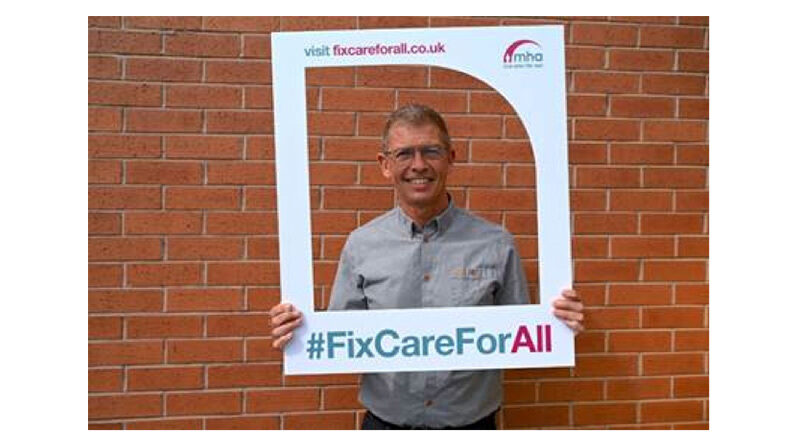 People across the nations have been supporting MHA’s #FixCareForAll campaign which calls for the Government to bring forward proposals to reform adult social care at the earliest opportunity.

Launched before the Queen’s Speech, which yet again failed to bring forward details of what social care reform could look like, the campaign has seen people publicly pledge their support along with high profile organisations.

So far, more than 790 letters have been sent by people to MPs calling for reform after a poll for the campaign highlighted that more than two thirds of people believed social care should be a top priority for the Government with almost half (43%) believing the Government doesn’t care about the needs of older people. In addition, more than 600,000 have supported the campaign on social media.

The campaign is being run by older person’s charity MHA, the largest charitable care provider in the country.

MHA Chief Executive Sam Monaghan said: “The numbers of people supporting our campaign and backing our calls shows that the general public are increasingly concerned that this critical issue keeps being shelved. We will be keeping up this pressure to #FixCareForAll until firm proposals are published and we can scrutinise them.

“We are now heading towards the 100th week since the Prime Minister stood on the doorstep of Number 10 and pledged to fix social care once and for all with prepared plans that the sector is still yet to see. The time for action is now upon us.”

Deborah Alsina said: “With the end of the pandemic in sight, it’s essential that we invest in the care sector and its staff as their vital role supporting people in need of care has been so vividly highlighted.

“The government cannot continue to ignore the desperate need to fix social care. People in later life, their families and many working age adults who need care support are being let down and denied the opportunity to live their best lives.  The government must meet the moment and deliver bold reforms.”

To find out more about the campaign and add your support, go to www.fixcareforall.co.uk