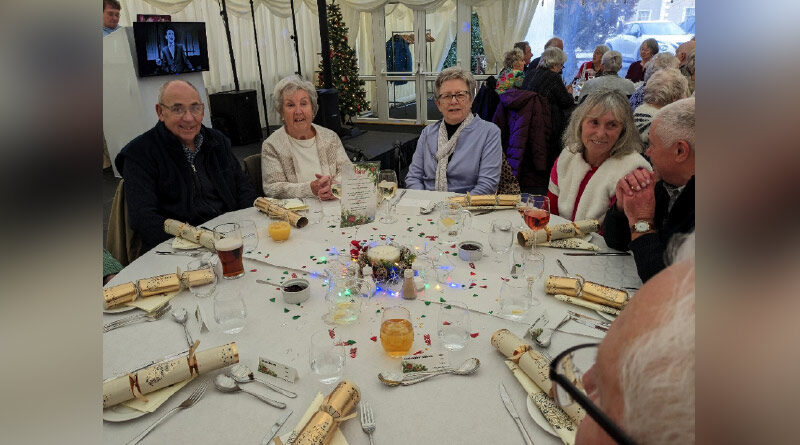 The Hall in Thornton-Le-Dale has revived its tradition of gifted Christmas lunches, which was put on hold for two years due to COVID restrictions.

In 2012 for the first time, The Hall care home opened its doors to local pensioners and gave Christmas lunches to the community – a tradition which continued until Christmas 2019.

This year, around 50 people per day over three days joined the team in a heated marquee on grounds of The Hall for a three-course meal, drinks, and entertainment.

Chef Sean Carty prepared the festive feasts, which were served up by The Hall management team. The entertainment was Michael Buble tribute singer, Lee Hutton, with karaoke and background music from DJ Lynne of AvA Entertainment supported by her husband Terry.

The seasonal atmosphere was completed with a flurry of snow as the community shared stories and reunited after two years apart.

Diane Hagen, manager at The Hall, said:
“It’s wonderful that we were able to revive this magical tradition, with friends from Thornton-Le-Dale joining us to celebrate Christmas over a meal and a raised glass or two!

“It was lovely to catch up with people we’ve not seen in a long time. These lunches are a social gathering at a time when it can be lonely for those on their own. Previously we’ve had singletons meet and become couples, so there’s even romance in the air!

“As an organisation that provides care to the elderly, we believe it is important to give opportunities to spend time with others in the community, especially at Christmas.

“We’re delighted that we’re now back in a position to be together again, and we’re already looking forward to next year.”