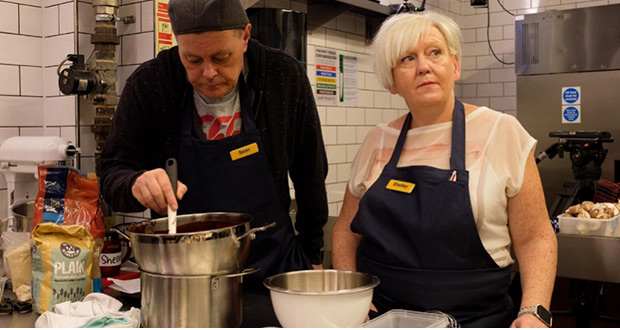 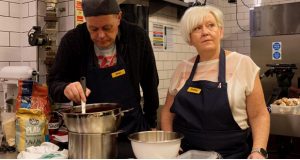 With dementia now reaching epidemic proportions and is now the nation’s biggest killer, a ground-breaking new series supported by The Alzheimer’s Society, Channel 4 last night aired The Restaurant That Makes Mistakes to open the eyes of policy makers and employers on a quest to de-stigmatise dementia.

Inspired by a real-life Japanese pop-up restaurant that opened in Tokyo last year, the program aimed to change how dementia is viewed by supersizing the concept and opening a restaurant staffed entirely by people living with the condition – The Restaurant That Makes Mistakes.

The four-part series was filmed in Bristol over a six-week period and aims to raise awareness of dementia as well as highlight to employers that an early dementia diagnosis should not mean the end of that person’s employment prospects or career.

According to The Alzheimer’s Society, in the UK, there are currently over 40,000 people with dementia under the age of 65, yet only 18 per cent continue to work after their dementia is diagnosed.

Four out of five people diagnosed with dementia before retirement age lose their jobs, a statistic which the show is hoping to change.

The Restaurant That Makes Mistakes hired 14 volunteers all who have been diagnosed with various types of dementia to cook and serve food to the paying public.

Their previous occupations range from a gynaecological surgeon to a mortgage advisor, but all bar one have left full-time employment, with some losing their homes as a result of the financial strain.

Jeremy Hughes, chief executive at Alzheimer’s Society, said: “In the UK someone develops dementia every three minutes, but life doesn’t end when dementia begins. The Restaurant That Makes Mistakes is a fantastic example of that – showing what is possible when people understand how best to include and support someone living with dementia.

“The Restaurant That Makes Mistakes is a ground-breaking initiative, challenging stigma and misconceptions about dementia, showing that with the right support and small adjustments, many people with dementia can continue to contribute and be valued members of their communities.

“We now need to keep this momentum going by moving forward in our mission to create a dementia-friendly society, where individuals, businesses and communities are all making the necessary adaptions to help people with dementia feel welcomed, accepted and able to contribute to society.”