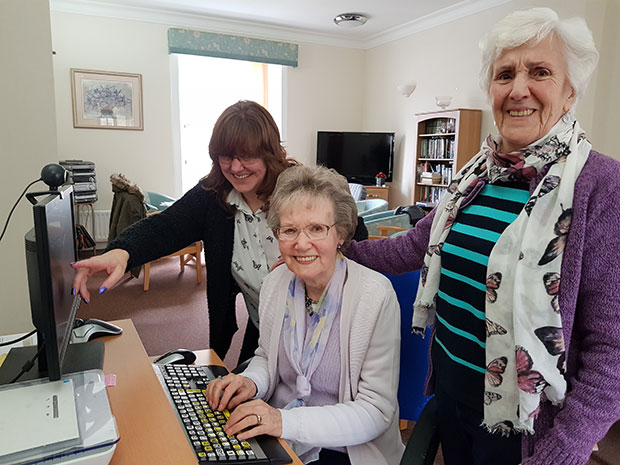 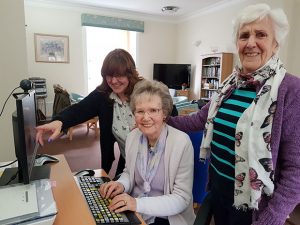 NEW findings from one of Scotland’s leading housing and care providers show that those over the age of 50 are more tech-savvy than ever before.

Figures from Bield’s recent Customer Satisfaction Survey have highlighted just how well connected those over the age of 50 have become in terms of logging onto the internet.

According to the survey, seven out of 10 (72.4%) tenants are now linking up to the web through broadband or Wi-Fi in their own homes.

Savvy net surfers are also putting their electronics to good use, with 71.4% of those who took part in the survey owning or having a mobile phone, and three out of 10 (30.7%) owning an iPad or tablet.

Since 2016 the number of Bield tenants logging onto the internet via their mobile phone has also risen, with an increase 10.2%.

Kathy Crombie, Communications and Marketing Manager at Bield, said: “It is really positive to see just how many of our tenants are logging on to the internet and putting their devices to good use.

“For many in their golden years, the internet may seem like a ‘young person’s game’. However, that is far from true – as our survey results suggest.

“Our volunteers have been doing a fantastic job in passing on their IT know-how, allowing tenants to keep up-to-date with friends and family on social media, listen to audiobooks or even do a bit of online shopping.

“It is these sorts of skills that allow our tenants to retain their independence and lead enriched and fulfilling lives.”

In addition to the support provided by volunteers, tenants at Dean Court in Bo’ness also took part in an internet café project earlier this year.

The one-on-one sessions saw pupils from Bo’ness Academy share their computer skills with tenants, bringing along laptops, tablets and mobile phones in a bid to enhance their IT knowledge.

Alison Lowe, Development Manager at Bield’s Dean Court development, said: “It has been amazing to see them all working together, particularly in watching the confidence of the tenants using computer equipment grow.

“The tenants are so eager to learn and with every new thing they master they want to know more.”

Bield’s Customer Satisfaction Survey is conducted every two years as part of the Annual Return on the Charter (ARC). This year’s survey was completed in April, gathering responses from 1173 individuals.

Providing IT support to tenants is an example of Bield’s ‘Free to Be’ ethos, which allows older people to make their own choices on how they live their lives with plenty of support on hand.

To find out more about Bield’s developments around Scotland, visit www.bield.co.uk