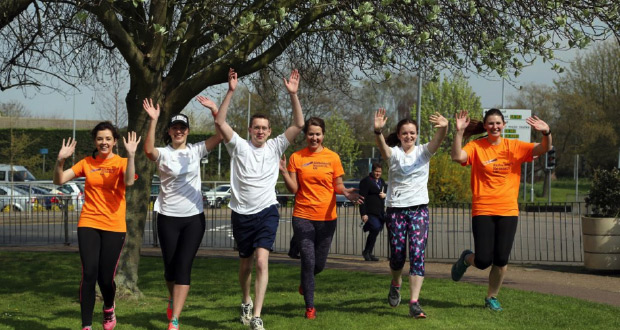 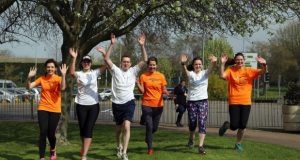 The new tax year has inspired Price Bailey chartered accountants and business advisers (#TeamPB) to embark on a mammoth fundraising challenge for their charity of the year, Alzheimer’s Research UK.

Simon Lovick, 31, an audit manager at Price Bailey will be leading the team of 20 members of staff to cover a combined running and walking total of 1,718km each over the next 12 months in honour of the 2017/18 tax year – while raising money for the UK’s leading dementia research charity.

Each of those taking part in the challenge will individually clock up 1,718km over the year, which is the equivalent of running the London marathon over 40 times. Earlier this month, a group from Price Bailey launched the fundraiser by running from Alzheimer’s Research UK’s Drug Discovery Institute at Addenbrooke’s Hospital, in Cambridge, to the firm’s Cambridge office. They plan to make the same trip to celebrate the end of the challenge in April 2018.

Money raised by the firm will help Alzheimer’s Research UK in its mission to bring about a life-changing treatment for dementia. Currently, 850,000 people in the UK are living with the condition and this number is expected to grow to one million by 2025.

Simon, who is based in Price Bailey’s head office in Bishop’s Stortford, said: “In January my dad was diagnosed with Alzheimer’s disease and vascular dementia. In some ways, it was a relief as we finally knew what was going on, but it’s still incredibly hard, particularly as we were told there is nothing they could give him. So many families are touched by dementia and the idea of running or walking throughout the year as an accessible and achievable way to fundraise seemed ideal.”

The Takeley-resident added: “I’m very excited to be supporting Alzheimer’s Research UK in a way that keeps me physically active, helps to spread awareness about dementia and hopefully raises valuable funds for the charity. I’ve been overwhelmed by support from my colleagues and clients since I’ve started this project. The target of 1,718km across the tax year 17/18 seemed a perfect fit. I’m certainly not a seasoned runner, so averaging around 5km a day is going to be a challenge!”

Jess Sayer, Regional Fundraising Officer at Alzheimer’s Research UK, said: “We’re delighted to see so many people taking part. Committing to either running or walking 5km every day is no mean feat! And as well as raising vital funds, the runners will also be improving their health, which can help to reduce the risk of dementia. Price Bailey has raised £37,000 for Alzheimer’s Research UK to date through a series of fundraising activities and we are incredibly grateful for their continued support.”