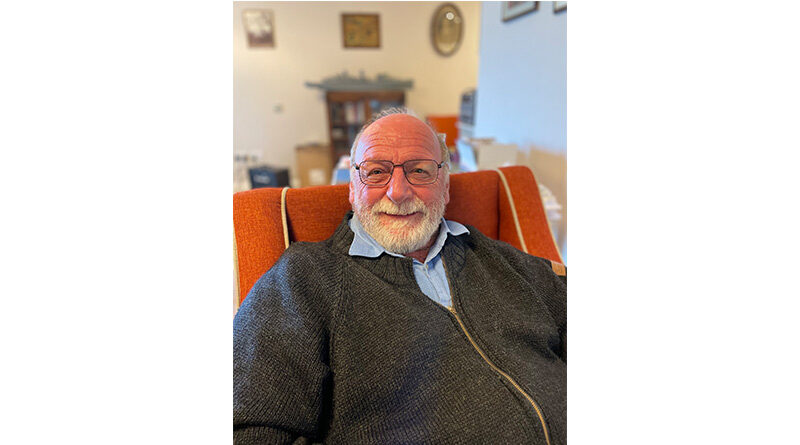 To mark National Poetry Day today (Thursday), residents at a Hertfordshire care home have launched a poetry club to create and share their linguistic talent with others.
Being used as an exercise to boost positive wellbeing and mental stimulation, residents at the family-run Foxholes Care Home, took turns sharing their sonnets that tied in with this year’s theme; choice.

Tilted ‘Interviewer’s Interview’, Hilmar Warenius, 79, shared a poem based on the choices an interviewer makes when asking questions.

In full, the poem reads:

Are you the right person for this job,
They ask repeatedly,
Someone with kindness,
Gentle skills empathic questions,
An eagerness to share,
Can you extract from some poor suffering soul,
The every detail of their pain,
Pin down precisely,
The loss, hurt, anger, desolation, grief,
And share this bathos,
With your captive listeners,
And having achieved,
This gruesome task,
Brightly announce,
There’ll be good news,
After the weather forecast

Describing what inspired him to write the poem, Hilmar said: “I woke up one morning and decided to put the radio on whilst I had my coffee. I was listening to a lady interview a man whose daughter had died. She kept asking him &apos;how did you feel?’ It made me furious. I immediately switched the radio off and expressed all my anger into the poem, especially in the last line that shows how the woman had probably made the man feel worse but then continued to tell the weather and good news afterward.”

Other residents to take part in the session included 94-year-old Edna Llewelyn, who wrote a poem about how she met her husband who was in the services during the Second World War. “I enjoy how the words just flow together”, she said.

While Kath Melot said: “I can’t explain it, I just really, really love poetry. It often makes me think we should have had more poetry when we were at school as it really makes you feel good.”

The session was hailed an overall success and has led to the launch of a fortnightly poetry club, where residents and staff alike can enjoy creating and sharing poems as a cathartic exercise and to encourage others to get into the linguistic hobby. In addition, the new club will promote mental health, enhance social interaction, and help foster new friendships.

Neil Gandecha, Estate Manager at Foxholes Care Home, said: “To mark National Poetry Day, we wanted to encourage our residents to share their creativity in the form of sonnets, and the uptake was impressive. Not only did we have residents sharing some excellent and moving poems in the session, but the interest was so great that we came away having launched a new fortnightly club!”

He continued: “We look forward to future sessions and continuing to share and reflect on our residents’ linguistic creativity. After all, you don’t have to be William Shakespeare or John Keats to inspire others with your words.”

Since 1994, National Poetry Day has engaged millions of people with poetry through a range of live events and web-based activities. The day was launched by The Poetry Society, one of Britain’s most dynamic arts organisations, representing British poetry both nationally and internationally.