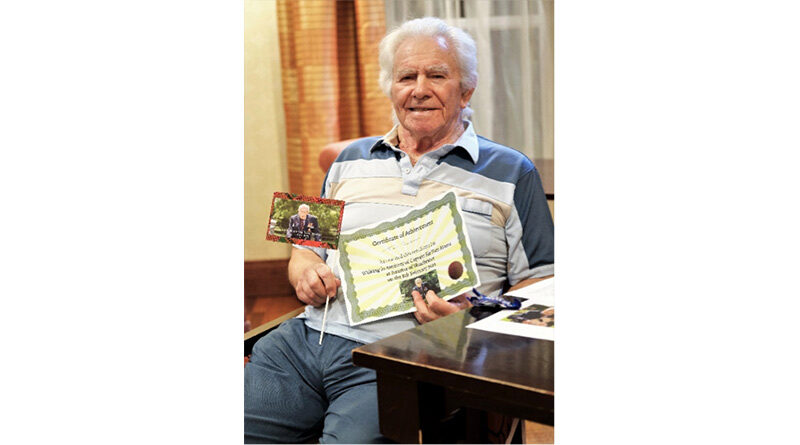 Residents at Sunrise of Winchester have paid tribute to Sir Captain Tom Moore with a walk around the care home.

19 residents took part, and between them, they accomplished over 181 laps of the home. After residents completed the laps, team members presented them with certificates that said, ‘I walked for Captain Tom’.

Families and friends of residents sponsored the residents on their walk, and all proceeds are going to The Captain Tom Foundation. The residents raised a total of £475.

“I felt quite pleased with myself that I had achieved something.  We all appreciate what Captain Tom did to help others.”

“I was so happy to be the first to go around the course. Captain Tom showed true gumption and determination.”

“Captain Tom was so selfless and made a tremendous effort to make an example for other people to do something and express their appreciation. I loved doing the walk and it will be nice to do it again in the garden when the weather is better.”

Louise Murkin, Activities and Volunteers Coordinator at Sunrise of Winchester, was so proud of the residents. She said:

“The residents and I followed the amazing achievements of Sir Captain Tom with great affection.  We were saddened to hear that he had become unwell and later passed away. I was chatting with the residents soon after we heard the news of his passing and they were keen to do something in his memory.

“We set a route within the home and challenged the residents to do 100 laps.

“I was so proud of the residents; they were so motivated to achieve the set goal. Some did 20 plus laps, some did some in the morning and again in the afternoon. It was so lovely to see the comradery of those involved encouraging each other and laughing and joking along the way.”