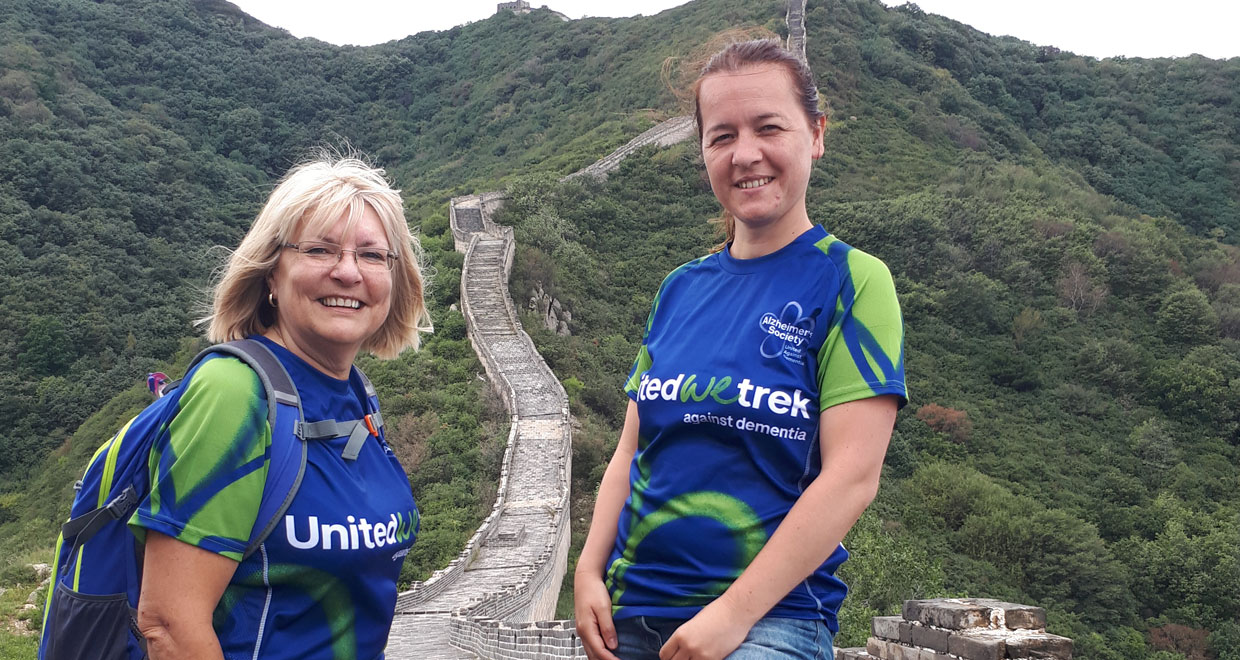 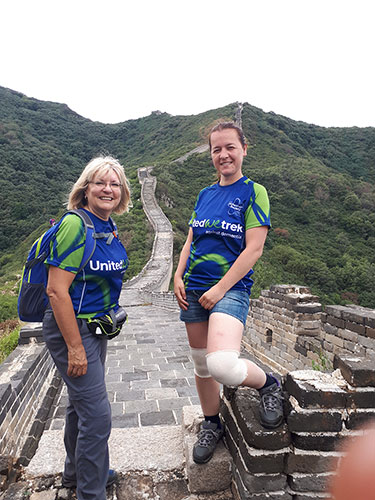 Two carers from Sunrise of Eastbourne took part in a 72-mile trek along the Great Wall of China in order to raise money for The Alzheimer’s Society.

Rosie Camara and Jayne Stevenson both work in the Memory Care Neighbourhood at Sunrise of Eastbourne and wanted to raise money for The Alzheimer’s Society due to their passion for dementia care. They joined a team of 28 people on the eight-day trek which consisted of 72-mile walk along The Great Wall of China.

Rosie and Jayne worked tirelessly raising money through bake sales, car boot sales and coffee mornings ahead of the trek. As part of the trekking group, they raised a combined £110k that will be used to fund a support line for the families and carers of those living with dementia.

“It was physically so much harder than we thought, we were not prepared for it to be quite so steep in parts, but were in a team of 28 amazing and inspiring people who kept us going. We pulled together and supported each other to the end.

“It was the most fantastic experience, one we will never forget and we are so proud of the money raised.”

“Rosie and Jayne are incredibly passionate about dementia care and we are really proud to have them as part of our team.

“They are both really compassionate and dedicated people and I am not surprised they took on and successfully completed this challenge to raise money for Alzheimer’s Society. I see how much they care about others in their treatment of residents every single day.”