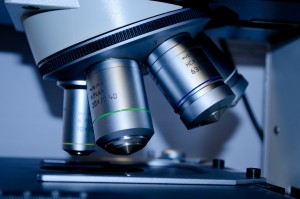 Researchers have shown that a saliva test for a hormone related to stress could provide an indication of brain size and memory and thinking ability in older people.

The study, which is a collaboration between scientists from the US, Iceland, and the Netherlands, is published on August 19 in the journal Neurology.

Cortisol is a hormone which is often associated with stress but is also involved in regulating a number of important biological processes. High levels of cortisol have also been linked to depression, a known risk factor for dementia.  The processes underlying the link between depression and dementia are not yet clear and researchers set out to better understand how cortisol levels may be linked to differences in brain volumes and memory and thinking performance.

The researchers in this study examined data collected from 4,244 people without dementia who had an average age of 76. The team measured levels of cortisol in saliva samples taken once in the morning and once in the evening. The volunteers also underwent memory and thinking tests, as well as brain scans to determine the volume of different regions of their brains.

The findings revealed that people with the highest levels of cortisol in the evening also had smaller brain volumes and performed more poorly on tests of memory and thinking. In contrast, those with higher morning cortisol had slightly greater volumes in select areas of the brain and performed better on two thinking tests, although their performance on a memory test was not altered.

“This large study highlights a complex relationship between cortisol levels, brain size and memory and thinking ability, but it’s hard to tease apart cause and effect. As cortisol is implicated in a wide range of biological processes, it will be important to look in more detail at why levels of the hormone are linked to brain function and what factors may be behind the link. While the findings point to areas of biology that need to be explored further they don’t support the use of a saliva cortisol test to identify people with memory and thinking problems.

“There is a relationship between depression and dementia that we don’t fully understand and further research would need to investigate this relationship in people with dementia to explore whether cortisol could play a role. With a growing ageing population, and 850,000 people in the UK living with dementia, it’s increasingly important to understand the factors throughout life that influence memory and thinking.”

Paddy Brice, Managing Director, of Richmond Care Villages, which is part of Bupa, said:
“The report reflects our knowledge that retirement villages are a great way for people to maintain their independence and enjoy an active social life, with the confidence that support is on hand if needed.

“Our villagers frequently tell us they wish they’d made the move earlier. We are currently building two new villages as part of Bupa’s investment in new products and services for older people.  Care villages are clearly meeting a big demand for this style of living as the apartments are being snapped up before we have even finished building them.”