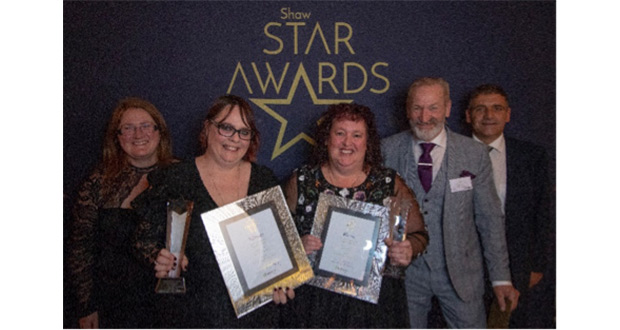 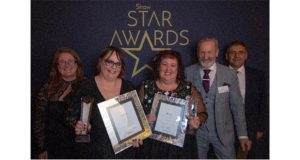 Two outstanding care homes and 11 care sector workers from across the UK have received awards at a national ceremony, that itself is celebrating its 10 year anniversary.

More than 200 people gathered at The Forest of Arden Hotel near Birmingham, a new venue for Shaw healthcare’s annual Star Awards. The award programme aims to recognise and celebrate the achievements of outstanding staff members from amongst Shaw’s 4,600-strong workforce, based at more than 80 care facilities across the UK.

There were a number of joint winners on the evening for categories that included:

All winners were nominated by colleagues and selected by a panel of Shaw healthcare’s executive team. Care homes and staff who were shortlisted also received recognition.

Jeremy Nixey, chief executive of Shaw healthcare, said: “It is incredible to think that the first Shaw Star Awards was held a decade ago, as it has become such an important fixture in the annual calendar. We are delighted to have been able to recognise the hard work of dozens of staff members, over that time, in various roles and from across the Shaw healthcare family.

“The Shaw Star Awards is an event that celebrates and acknowledges everything that is great about the care industry; the compassion, the empathy and the camaraderie, but above all else, the ability to make a positive difference to the lives of others. A lot has changed in the sector over the last 10 years, but one constant is the need for great people and Shaw is fortunate to have so many in its ranks.

“Those shortlisted, alongside the winners of each category, can feel very proud in the knowledge that nominations are submitted by fellow colleagues, those who use our services and their families and we want to say a big “well done” them all for going the extra mile.”