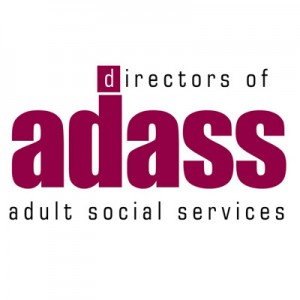 New figures released this month show that the number of councils no longer providing care to people deemed to have `low’ or `moderate’ needs has risen by 17 per cent in the past five years.

The ADASS budget survey figures follow research conducted by the London School of Economics which shows half a million people who would have qualified for care in 2009 are no longer entitled to it. They will be made public in a BBC Radio Five Live programme Five Live Investigates due for broadcast at 11.00 this morning, Sunday September 14.

According to ADASS President David Pearson adult social care services have made budget savings of some 26 per cent over the past four years, while local authorities have shown they are doing their level best to protect adult social care by increasing the proportion of money spent on them. Councils now spend 35 per cent rather than 30 per cent of their total expenditure on services for older and vulnerable adults.

He said: “It’s great that people are living longer and that many of those are living healthily. But the number of over-85s is set to double and we know for certain that 25 per cent of them have, or will have, dementia.

“Local authorities have done much to manage this increased need creatively, and with fewer resources, by giving better advice and information; more services to help people get back on their feet after illness (reablement); better support to carers; better use of technology; better working with communities to increase voluntary effort; a creative use of personal budgets, and working better, in a more joined up and integrated way ,with health partners.

“Unfortunately, the cuts have also meant that we have had to raise eligibility thresholds.”

From the ADASS budget survey carried out earlier this year, members showed concern that:

* Some people will be unable to access services that they need.
* There will be more legal challenges.
* Care home and other providers might get into financial difficulty,
* Social care might not be able to help health services as much as we would like.

Mr Pearson ended: “Currently we spend less than two per cent of our total public expenditure on social care. At a time when local government has taken four times the budget reductions of any other public service we needs must decide, as a nation, to give priority to redressing this position. “