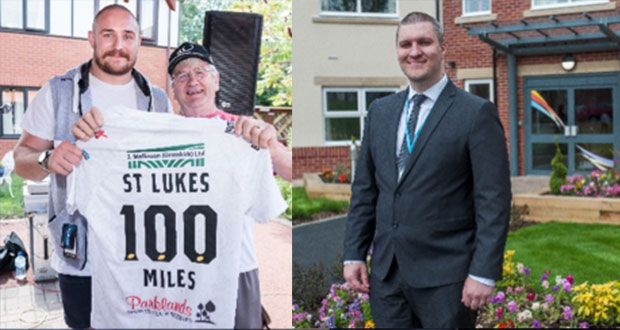 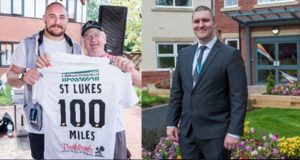 Community Integrated Care is one of Britain’s biggest and most successful health and social care charities. These awards recognise their pioneering work in developing new models of dementia care, and in promoting community and family engagement.

Its new dementia care home, EachStep Blackburn, led the way on the night – being named Best Dementia Care Home, whilst its Manager, Phil Benson, received the Manager of the Year Accolade. The home has received significant national acclaim since its launch in May for its ambitious approach to care, community relations and care home design.

Award judges praised the home, saying: “Their honest, open and fresh look at dementia is inspirational. They have breath-taking engagement and commitment with the local community. Each person living at EachStep Blackburn is a blank canvas living a great life, achieving a normal standard of living, beyond CQC’s standard of outstanding. Their focus is more about each person than a diagnosis of dementia.”

John Timms, who is a tireless volunteer for Community Integrated Care, also collected the ‘Best Relative Contribution Award’. John’s wife Marian lived at St Luke’s Care Home, Runcorn. After she passed away in 2015, he has dedicated himself to giving back to the home, for what he describes as ‘their overwhelming kindness and dedicated care’.

In May, at the age of 75, John took part in a 100 mile fundraising trek across five canals from Birmingham to Runcorn. He raised £3000, which has been used to transform the home’s gardens. He also visits the home weekly to spend time with people supported, and has championed dementia care on Radio 4 and ITV Granada Reports.

Its partnership with the Super League rugby league club was shortlisted in the ‘Best Dementia Innovation’ category. The charity’s Halton based dementia care homes enjoy weekly visits from community coaches and legendary players from the club. They have also created a highly successful Widnes Vikings-themed dementia café, which uses the power of sport to improve the lives of people affected by the condition.

Mother and daughter, Elaine Young and Frankie Conroy, were recognised for the support they give to EachStep Blackley, the specialist dementia care home in Manchester that cared for Elaine’s dad for three years. They pair were shortlisted in the Best Relative Contribution Award, having raised £13,000 for the care home and given significant time volunteering for it.

Paula Spence, Director of Older People’s Transformation at Community Integrated Care, says: “It was a real honour to have such recognition at the National Dementia Care Awards. Our award winners and nominees all have a genuine commitment to being ambitious, giving back to their communities and making a difference. We are so proud to see them celebrated on this big stage.”