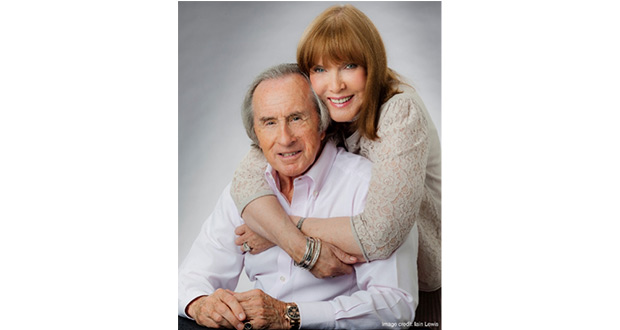 Sir Jackie Stewart’s Race Against Dementia charity has awarded £1.5m of new funding to three outstanding early-career dementia researchers, who will be paired with world-leading innovators to help crack the global challenge of dementia.

The Fellowships will harness the ambition and innovation of a new generation of scientists and provide them with funding, support and inspiration to radically accelerate dementia research.

Three-time Formula 1 World Champion, Sir Jackie, founded Race Against Dementia after his wife of 57 years, Lady Helen Stewart, was diagnosed with frontotemporal dementia. The charity now works to raise money to fund breakthroughs in dementia research by applying the principles and expertise that have spurred incredible innovation in the fast-paced world of Formula 1.

Sir Jackie partnered with the UK’s leading dementia research charity, Alzheimer’s Research UK, to identify early-career scientists with the most transformational research ideas. The three new Race Against Dementia Fellows are Dr Cara Croft and Dr Christy Hung both from University College London and Dr Claire Durrant at the University of Edinburgh.

Dr Claire Durrant is relocating from Cambridge to Edinburgh to become the Race Against Dementia Dyson Fellow. The Fellowship is named in recognition of inventor and entrepreneur Sir James Dyson who is supporting the initiative with funding through the James Dyson Foundation.

Dr Croft will be joining UCL from the University of Florida and will explore how genetic risk factors contribute to the development of Alzheimer’s disease and whether these genetic pathways could be targeted with future Alzheimer’s drugs. Dr Hung will investigate whether boosting a process called autophagy, a sort of cellular ‘garbage disposal’ system, could present a new approach for treating the disease.

The initiative provides Fellows with unique opportunities for collaboration with top dementia scientists as well as high-level mentoring from experts outside the field. The Fellows will be supported by world-leading experts at Dyson Technology, and other sources of support will come from leaders within motor sport including experts from the Red Bull and McLaren F1 teams.

“When my wife, Helen, was diagnosed with dementia I knew that our lives wouldn’t be the same again. I’m fortunate to be in a position to provide Helen with the best possible care and that I’m part of a close-knit family that has been a crucial source of support throughout this difficult time. I know the situation is very different for many others affected by dementia.

“We urgently need to see new ways to treat or prevent dementia and the only way to do this is through research. The Race Against Dementia Fellowships are taking a lead from my world of professional motorsport. I’m passionate about imparting the can-do mindset and the spirit of relentless innovation that sees successful Formula 1 teams problem-solving faster than any other endeavour in my experience.”

“I hugely admire Sir Jackie’s determination to find breakthroughs for dementia, and also believe research is the answer. Dyson People have an extraordinary enthusiasm to support the Alzheimer’s cause. Dyson has a young workforce, but so many are touched by this awful disease. I hope the skills we have developed at Dyson, through developing our own technology, can be applied to Dr Durrant’s work and help combat one of the greatest health challenges of our time.”

Dr Durrant’s £500,000 project, funded by the James Dyson Foundation, will investigate the role of tau, a key protein implicated in both frontotemporal dementia and Alzheimer’s disease. Over the five-year project, Dr Durrant will investigate the role of tau in keeping synapses – the connections between brain cells – healthy and how these change in Alzheimer’s disease.

The tau protein is an important target for future dementia treatments and understanding more about its role in Alzheimer’s disease will be key for the success of this approach.

“I’m so excited to start this new Fellowship – it’s a career-changing opportunity. I’ll be working with the best minds to help accelerate progress in dementia research. The Race Against Dementia Dyson Fellowship is unique, my mentors are world-leaders in their fields and the global collaborations this project affords will be key to this project’s success.

“I’m proud to be an ambassador for Alzheimer’s Research UK and Race Against Dementia and I can’t thank Sir Jackie Stewart enough for his vision in bringing something different to dementia research, and the James Dyson Foundation for its generous support. I’m determined to show that early career researchers hold the key to tackling dementia for future generations and that by thinking differently about how we approach research, we can make breakthroughs possible.”

“We’re delighted to be supporting Race Against Dementia in awarding these new Fellowships to three outstanding early career researchers. With one in three people born today set to develop dementia in their lifetime, we need to act now to create a better future for people who develop this devastating condition.

“These new projects will allow some of the brightest young talent to explore some of the most promising areas of research with the goal of ending the fear, harm and heartbreak of dementia.”