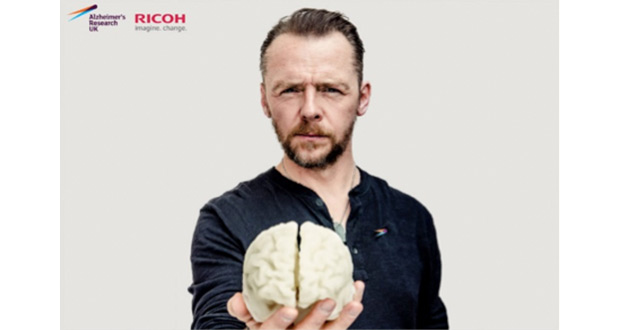 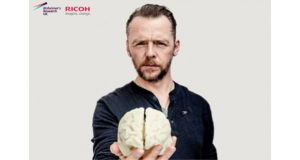 Actor and producer Simon Pegg is urging people to share a powerful new dementia awareness film to highlight the impact of dementia on the brain.

Created by Aardman with an introduction and narration by Simon, Dementia Uncovered from Alzheimer’s Research UK and partners Ricoh uses a 3D printer to visualise the destructive nature of the diseases behind dementia, most commonly Alzheimer’s.

Using real anonymous data from MRI brain scans, the short film challenges the misconception that dementia is a natural part of ageing by using 3D brain models to show the stark difference between a healthy brain and one affected by Alzheimer’s disease. The disease destroys cells, leading the brain to shrink at four times the rate of normal ageing, which can leave it weighing around 140g less than a healthy one.

Dementia Uncovered also looks to a future where scientists can stop or slow the diseases behind dementia – a condition now affecting 50 million people worldwide. Alzheimer’s Research UK and Ricoh have teamed up through a pan-European partnership to reach that day sooner. As well as co-producing Dementia Uncovered, they recently launched Printed Memories – a service to transform digital photos into personalised postcards that can be sent to a loved-one with dementia anywhere in Europe.

Simon Pegg said:“Dementia affects millions around the world, and the lives of individuals and their families are being turned upside down in its wake. While many of us are aware of the growing need to tackle dementia, public understanding of the nature of the condition is lagging. Dementia Uncovered helps visualise what’s going on in the brain of someone with dementia and the physical impact is clear to see. Dementia Uncovered also reminds us of the promise of research in finding answers to these diseases and captures a growing ambition to create breakthroughs.”

“Dementia Uncovered continues our award-winning awareness campaigning, by providing a compelling glimpse of what is happening to the brain of someone affected by Alzheimer’s, the most common cause of dementia. It has been fascinating to work with Ricoh to bring this idea to life to help improve public understanding, but also to show our ambition to defeat dementia through powerful research. We are hugely grateful to Simon Pegg for supporting the campaign, and we hope people will find the film thought-provoking and inspiring.”

“I am proud of the campaign we are running with our friends at Alzheimer’s Research UK. Dementia is one of the world’s greatest medical challenges and I believe that corporations like Ricoh have an important role to play in raising awareness and making a real impact on the future.”

Dementia Uncovered can be viewed and shared at www.alzheimersresearchuk.org/dementiauncovered and at https://youtu.be/M8eGS_VJ9Ms