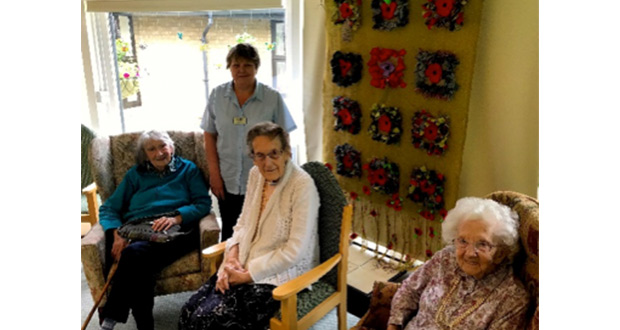 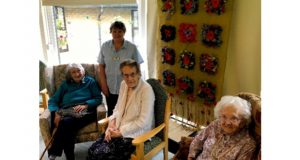 Residents at an Alnwick care home have partnered with local school children to commemorate 100 years of life in the town and the new-found friendships have led to some amazing revelations.

Freda Snaith, Activities Organiser for Abbeyfield House arranged a number of sessions with school children from Swansfield School where the elderly residents were able to share their memories of past times with the young schoolchildren. Stories, music, dance and art were used to explore the last century of life in the town. The children learnt songs of the period and shared them with their older friends, many of which were very familiar to the elderly who joined in the singing with enthusiasm.

The year-long project has brought many benefits to young and old alike as Freda Snaith explains:

“The grant has allowed us to forge a relationship which will continue into the future with Swansfield School. Being a part of the project has given the residents a huge amount of pleasure and also given them a sense of worth knowing that they still have a lot to give to other generations. It’s been a tremendous year of education, friendship and fun between two very different age groups.”

The project has brought a number of surprising moments too.

“Many surprising memories came to light during the sessions from the residents,” said Freda. “One lady was able to share with us that she was a direct descendant of Florence Nightingale and we even discovered that one of our ladies had actually flown a Spitfire. It’s amazing what you can find out about people if you simply ask.”

poignant moments too including the session where a young boy with a speech problem teamed up with a lady who had suffered a stroke which greatly affected her speech. The two were able to converse for long periods of time together with little embarrassment on either side.

“Projects like this are good for our residents, the young people and the townsfolk of Alnwick. It’s great to celebrate our heritage and history but even better to create new friendships and relationships,” said Freda.

A lasting reminder of the project is now on display in Abbeyfield House, a wall hanging created by the children and residents depicting a collection of poppies in tribute to those who lost their lives from Alnwick in the Great War.