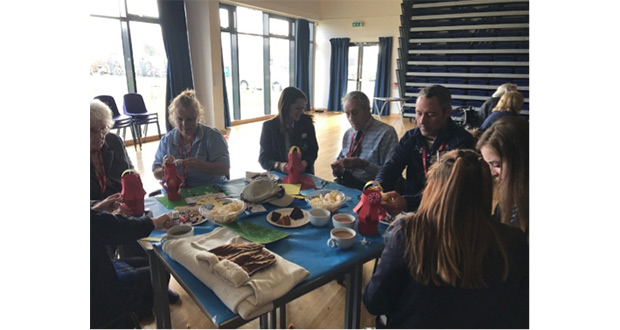 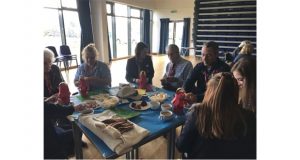 A care home in Shoreham has been presented with a cheque for more than £400 from pupils at Shoreham Academy.

Residents and staff from Elmcroft care home were invited to a community day at the school which was organised by those studying BTEC qualifications in health and social care. They shared tea and cake with the students and a game of bingo followed by a dance display. They also made Chinese lanterns and ate Chinese food to celebrate the Chinese New Year.

At the end of the session, residents and staff were delighted to be presented with a donation of £429.85, which the pupils had raised as part of a non-uniform day at their school. Pupils had also raised money for the Rockinghorse Children’s Charity in Brighton.

Annabelle Ramet, whose mum is the deputy manager at the Shaw healthcare-run care home, is a member of Shoreham Academy’s school council and had suggested Elmcroft care home be one of the recipients of their fundraising efforts.

Home manager for Elmcroft, Monica Donald, commented: “I can’t thank the pupils of Shoreham Academy enough. The money will be spent on extra activities and days out for our residents. We are confident that this is the start of a wonderful relationship with the Academy and look forward to the possibility of arranging work experience for some of the pupils in the future.”