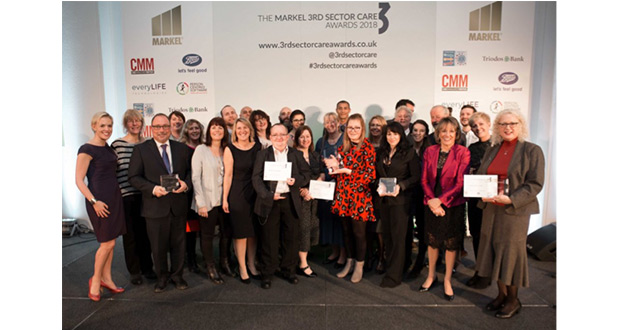 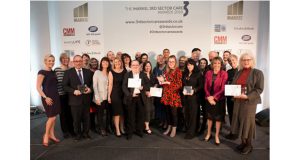 The charity, which caters for retired seafarers, their families and dependents, as well as residents living with dementia at its care home, Belvedere House, scooped awards for Housekeeping Manager Shirley Campbell and Chairman Captain Glass for their contributions to the Society, home, its staff and residents.

Captain Duncan Glass, who was awarded the Beyond Governance Award, has been a Trustee with the charity since 2003 and was described by the judging panel as ‘demonstrating an outstanding and sustainable contribution to the Royal Alfred’, overseeing its widespread development since taking on the Chairmanship role in 2009. Captain Glass has overseen a raft of improvements to the Royal Alfred’s Weston Acres estate, including the building and creation of a specialist dementia unit, landscaping of the extensive grounds for staff, resident and family recreation as well as several royal visits and the Society’s 150th anniversary celebration in 2015.

Housekeeping Manager Shirley Campbell was recognised with the Leadership Award and has been instrumental in the smooth-running of the Society’s home for more than ten years. Shirley was commended by judges as ‘kindness itself’, as well as being committed and driven. She covers a range of duties, from helping new residents settle in to the home to spending time with families, managing a team of 15, handling rotas and supporting and managing her team to keeping the home looking spotless.

Brian Boxall-Hunt, CEO at the Royal Alfred Seafarers’ Society, said: “We are incredibly proud of the achievements of both Shirley and Captain Glass, both of whom thoroughly deserve their awards for their dedication to our home and for leading by example.

“The Royal Alfred Seafarers’ Society would not be what it is today without the commitment and care of every single member of staff here who all give so much to making our home a comfortable and supportive place for residents to enjoy life.”

Captain Glass, Chairman of the Society, added: “Ever since my involvement with the Royal Alfred started over fifteen years ago, I have always been so proud of the level of genuine care and compassion the home welcomes all residents with. I would like to commend my colleagues who support me in my role and who have made it possible to develop such an outstanding level of care at our home.”

Shirley Campbell, Housekeeping Manager, said of her award win: “I have always worked in the healthcare sector and have been with the Royal Alfred since 2007. Winning the Leadership Award means so much to me and is testament to the quality of the home itself, having nurtured me through my career, when I started out as a care assistant. I couldn’t think of a better place to work, nor a better home for the residents that I enjoy supporting each day.”

The Markel 3rd Sector Care Awards celebrate the unsung heroes that have a huge impact in the care sector as well as recognising the achievements made by registered providers and community groups.