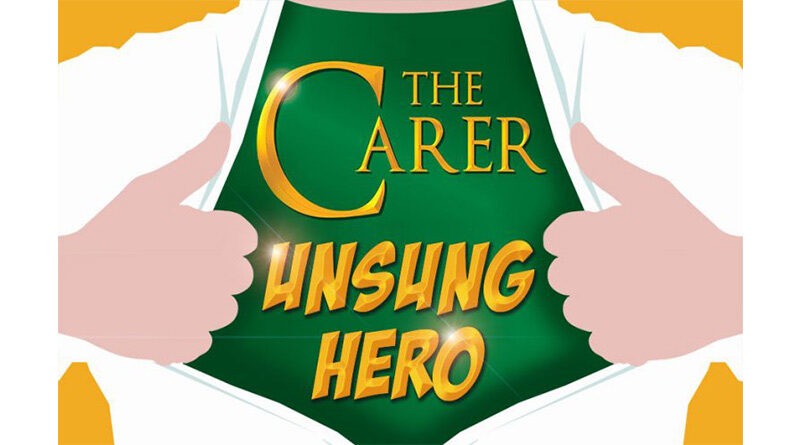 We here at the CARER are thrilled to announce that Tracey James of Oaktree Court Care Home, Wellington Somerset, is THE CARER Unsung Hero!

Tracey is head of gardening at Oaktree Court which boasts over 9 acres!

Over the years Tracy, whose nickname is “Flower” has become an integral part of the Oaktree Court team, however when the pandemic broke which led to restricted visitations and brought a temporary halt to resident outings, Tracy stepped up with the creation of dedicated flower gardens and a “veggie-village” tended by residents from the home, dubbed “Oaktree gardening Group”.

The project also helped give the residents, who were clearly feeling the impact of isolation, a new sense of purpose.

Tracey also drew on the local community who supplied raised beds “made from old tanks” in the garden and veggie village, to help involve residents in wheelchairs.

When the pandemic first broke there were concerns that not only supplies of PPE may be affected but also groceries, and the veggie village has proved to be an invaluable source of fresh produce to the home!

Residents have already had many great days harvesting homegrown organic vegetables. When lock down commenced this year, Oaktree Court’s Care Home Manager Marie asked Tracey to ‘go large’ on the vegetable production with the aim of providing as much organically home-grown fresh produce as possible in case of shortages from outside suppliers.

A lot of this information for growing organic vegetables came from the residents directly, many of whom had their own vegetable gardens and allotments in the past and were more than happy to share their experience and knowledge. 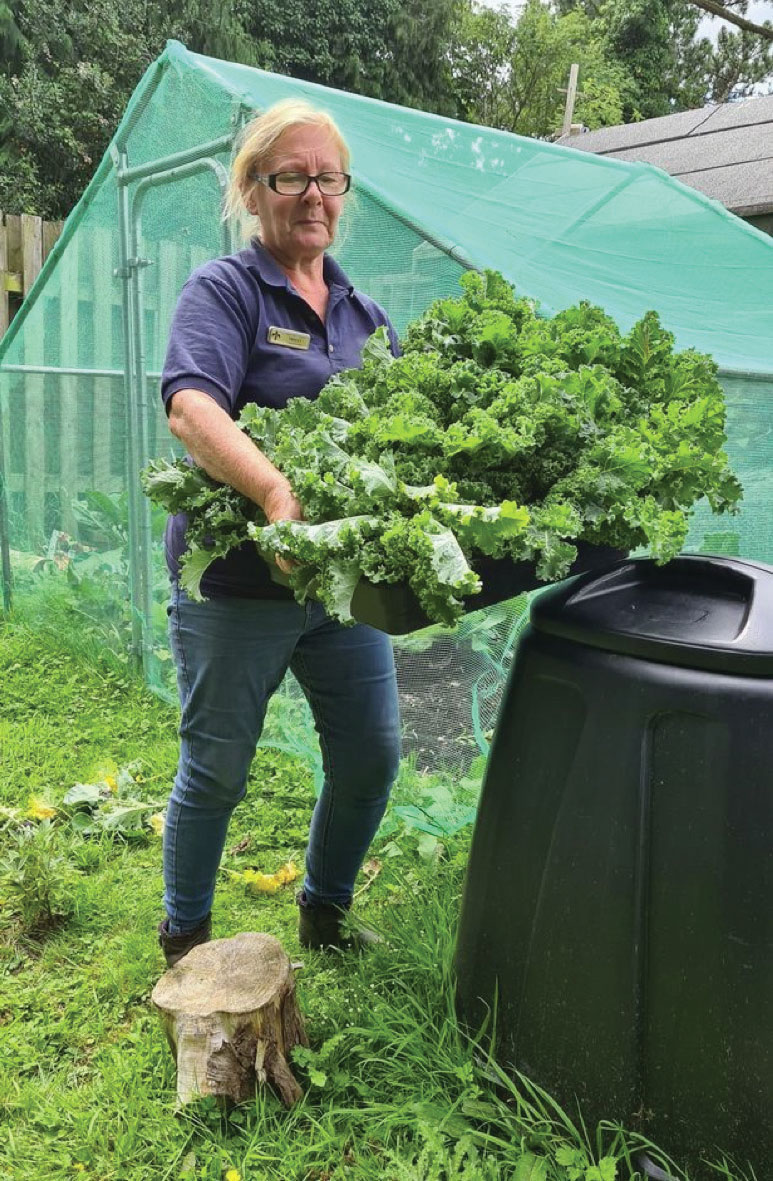 Tracey and the resident team went into mass seed germination in the greenhouse. Fast forward and they now have everything from sprouts, kale, cabbage, carrots and runner beans to lettuce, tomatoes spring onions and cucumbers on the go. The team are very popular with the chef and even more so with the residents getting to sample the delicious foods produced. Anything and everything has been used as a place to grow produce – from plastic bins to old water tanks. Tracey has attempted to grow first early potatoes in used compost bags which she hopes will succeed!

Marie George, Care Home Manager at Oaktree Court said: ‘’I am absolutely delighted that Tracey has been recognised for all her hard work in our grounds at Oaktree Court.

“We have 9 acres of land, including woodland and a meadow and Tracey has done an amazing job at making them look beautiful throughout the whole year.”

“Every time I discuss a project with her or ask her to do something, she not only meets what I’ve asked but surpasses it.”

“At the beginning of the pandemic I asked her to create an area to grow our own fruit and vegetables to use in the home and where the residents could assist her. She developed raised beds that residents can tend and pick the produce and an allotment with an array of delicious home grown vegetables.”

“The colours of her veg and lettuces are vibrant and have been outstanding quality. In liaison with our chefs she has produced what they have asked and the residents have helped to pick such things as Kale, Onions, cabbages, tomatoes, lettuces, runner beans, marrows, pumpkins and other root veg.”

“We are very proud of her in the home and her passion in her work is unquestionable.’’

A delighted Tracey said ‘’ I came to Oaktree Court nearly three years ago as a complete novice. During that time I have shared my passion for plants with staff and residents by creating new flower gardens and developing our popular Veggie Village. The joy I see when a resident smells a rose, picks the runner beans or just dozes in the sunshine surrounded by flowers takes my time here beyond ‘a job’.

Sharon Suzette Chef at Oaktree Court ‘’It is fantastic to have fresh vegetables from the garden to cook for our lovely residents here at Oaktree Court. Tracy has provided us with a delightful selection of home grown produce over the past few months which really makes the difference to us chefs and what the residents. It is appreciated by all.”

Worthy winner Tracey can now look forward to a wonderful two-night break for two in a selection of luxury hotels throughout the UK!

When we started the award back in 2015 we just had one outright winner, however as it became more difficult to pick an overall winner we added two runner-up prizes!

And, we are delighted to say that Dorcas Mukuzwazwa, a deputy manager at Sunrise House Beaconsfield, and Bernie Richardson who is a Carer at Blackwood Care Home Cornwall Care are our two “official” runners-up and £50 Marks & Spencer’s gift voucher is on its way to them both.

Since picking winners and runners-up was the most difficult of tasks, after sitting round the table of hours, finding it virtually impossible, we decided to add an extra 5 “unofficial runner ups”!

Just a small gesture on our part to show some appreciation not only to the nominees but to those people who took the time to nominate them.

We are very proud to be involved in such a vital and dedicated industry and are 4 extra runner ups were:

We would like to take this opportunity to thank all those who put forward nominations we had a wonderful response, it may sound tired old cliché but it is not meant to be, when we say, that in our eyes “every nomination was a winner” and we are just sorry we cannot give an award to everybody!

Watch out for further details of our next “Unsung Hero” with the same great prize of a luxury break for two people in the choice of hotels throughout the UK!