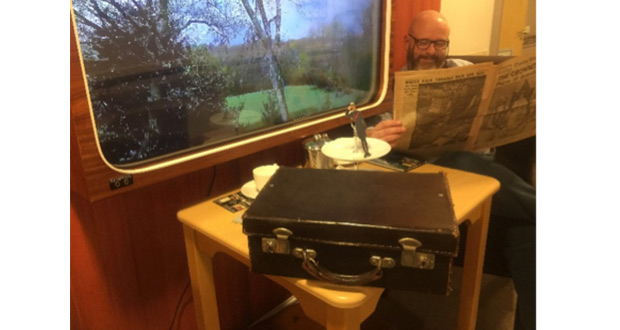 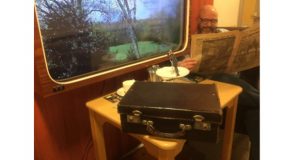 A charity concert by Macclesfield rock band ‘Unfinished Business’ is the latest in a series of initiatives to raise funds for a specialist virtual reality ‘RemPod’ for residents with dementia at Belong Macclesfield, the state-of-the-art care village run by North-West operator Belong.

The ‘RemPod’ equipment, recreates realistic scenes from bygone times, including a 1950’s cinema and a steam train carriage, so users can be whisked back in time for a trip down memory lane in the comfort of their own home. The environments are stimulating and calming and encourage reminiscence, which is shown to have benefits for people living with dementia. The RemPods enterprise received backing when its founder appeared on television programme Dragons’ Den in 2013.

The idea for the concert, dubbed ‘Rock Against Dementia’, was sparked when Tracy Warhurst, a member of staff at Belong Macclesfield, mentioned the fundraising efforts to her husband, Pete, the lead singer of Unfinished Business. Inspired by Tracy’s reports of the effectiveness of the equipment, Pete proposed performing a charity gig with the band to raise funds.

Belong Macclesfield have been raising funds to purchase the virtual reality equipment since the relatives of a former resident donated funds to install a RemPod wall feature at the village. The installation simulates an old-fashioned train carriage. An LCD screen, which displays moving scenery, is mounted on a wall and surrounded by a window frame. The setup includes authentic-looking furniture, so people are transported back in time as they sit and watch the landscapes go by.

After seeing the positive effects of using the train carriage installation for residents with dementia, staff at Belong Macclesfield decided they would like to create more therapeutic spaces at the village using RemPod equipment, including a ‘cottage window’, which looks out on countryside and coastal scenes, and a 1950’s cinema, with a projector that displays films from Hollywood’s golden era onto the screen. To raise money to purchase the equipment, they planned a series of fundraising events.

So far, over £3,000 has been raised through a mix of fundraising initiatives. This has meant that the village has already been able to purchase the RemPod cottage window, and they are now close to reaching their £4,000 target, which will enable them to buy the equipment to create the 1950s cinema.

Events that have already taken place to raise funds have included a talent show, raffles and weekly events, such as film nights and pamper evenings, where visitors have been asked to make a donation.

Phil Mayer, a support worker at Belong Macclesfield, who has organised many of the events, said: “We’re hoping that the charity concert will raise enough funds to take us over the amount we need to purchase the RemPod cinema equipment and create another therapeutic space for our residents with dementia.

“The spaces are having a marked beneficial effect on those that use them. The equipment creates an environment where our residents feel calm and relaxed and the experience is like going for a day out. One person told us that she feels transported to another world when she goes on the train. Afterwards, there’s a notable improvement in her sociability and alertness.

“Hopefully, we’ll see a good crowd at the ‘Rock Against Dementia’ gig. I encourage people to donate generously because it’s for a really good cause.”

Rock Against Dementia is taking place at The Queen’s Hotel in Macclesfield on 12th August at 9.00pm. Unfinished Business will donate their fee to the Belong Macclesfield fund. People attending the concert are also being invited to make a donation.