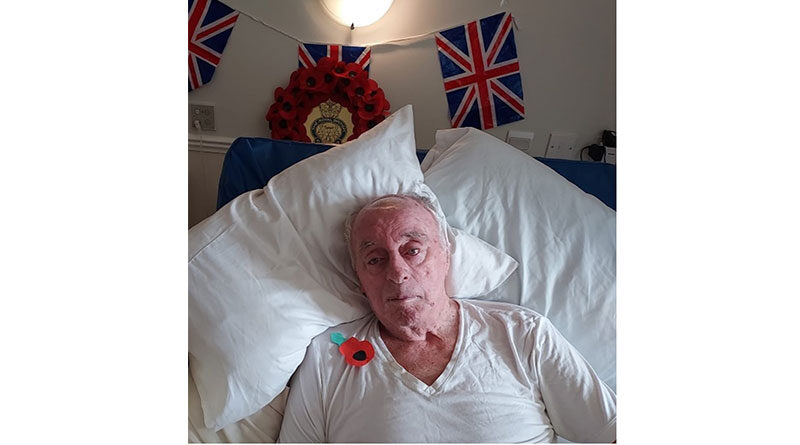 Matt Rowe, who is the Welfare Support Executive- East of England/ Community Engagement Worker – Cambridgeshire for the Royal Air Force Benevolent Fund emailed Etheldred to inform them if any of their residents would like to watch the Bomber Command Memorial Service there is a virtual link, they can watch on Sunday 31 October at 12pm.

Matt had linked up with Etheldred before as on 27th November 2019 Matt had arranged for Junior officers from the 16 Squadron RAF Wittering to come and meet the Veterans of Etheldred House.  All the junior commission officers had just started their flying training, and all were looking forward to it. It was a very moving and memorable day for everyone involved.

The service is to commemorate all those who made the ultimate sacrifice during the Second World War.

The Bomber Command Memorial, which is held in Green Park, London, pays tribute to the 55,573 men of Bomber Command who were killed during the Second World War. To mark the 81st anniversary of the Battle of Britain and to commemorate all those involved.

RAF High Wycombe. Accompanying the service were stories of those who served in Bomber

Command by RAF Author and Historian Steve Darlow who also had information about how the Fund is supporting Bomber Command veterans today to live in comfort and dignity in their own homes.

Brian was especially interested in participating in the service as he was in the Airforce as an aircraftman. In 1951 while doing his three years of National Service in Bridgenorth in Shropshire Brian made many wonderful comrades two especially called Bernard & Ken where they became great friends.

Brian has a picture of himself with his comrades in 1952 and underneath the picture everyone has signed their name, this is very special to him.

Brian was an excellent carpenter and as a hobby he used to make bird boxes and donate them to all the nurses and doctors thanking them for their hard work.

The service was very moving for Brian as it would have been for many people watching and taking part. The staff at Etheldred House made sure Brian’s environment was perfect for him. He proudly wore is poppy that he was given, a poppy wreath hanging in his room with the British Flag!