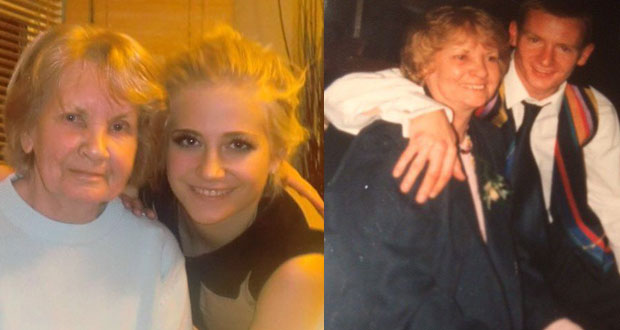 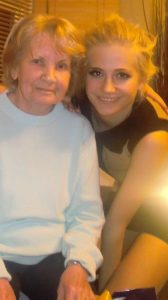 Singer Pixie Lott has teamed up with her uncle to fundraise for Alzheimer’s Research UK by putting on a charity football match between ex-professionals and celebrities.

Pixie’s uncle Ricky Bennett, 47, is running the London Marathon in memory of his mum Margaret Bennett, known as Peggy, who was Pixie’s nan.

The 26-year-old star decided to help with Ricky’s fundraising, and is rounding up a group of celebrities to go head to head with her uncle’s team.

Peggy, who lived in Sidcup, Kent, died with vascular dementia in 2014 at the age of 83.

Pixie is also raising the money in honour of her nan on her mum’s side, Amelia Martin, who sadly died with Alzheimer’s disease at 84 in 2012.

Ricky, who is the joint manager of Erith Town FC, will have a side made up of ex-professionals and ex semi-professionals from Concept Old Boys, the veterans’ team he plays for on Sundays. Pixie has yet to reveal which celebs will be on her team.
The charity football match will take place on Sunday 2 April at 1pm at the VCD Athletic FC stadium at Old Road, Crayford, Dartford, DA1 4DN. Tickets can be bought on the day for £5, with kids under 12 free with a paying adult. All profits go to Alzheimer’s Research UK.

Pixie, who lived in Brentwood, Essex, before moving to London, said: “I’ve always been a big supporter of Alzheimer’s Research UK and hope to raise lots of money for such an important and worthy cause at our charity football match.

“Both my nans were hit hard by Alzheimer’s and dementia so I know how difficult it can be to see someone close to you go through this illness.

“My uncle is running the London Marathon for Alzheimer’s Research UK in memory of my Nanny Bennett and also plays in a semi-pro team, so we thought this would be another great way to raise money. I’m so happy to be involved and play against his team with my own squad and hope to raise lots of much-needed funds!” 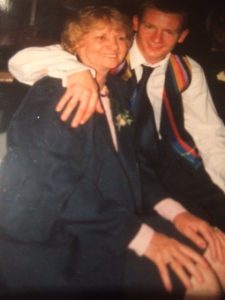 Ricky used to play as a semi-professional footballer for the likes of Dartford FC, VCD Athletic FC, Cray Wanderers FC and Deal Town FC before becoming a manager. He says his passion for football comes from his mum.

The dad-of-two, who lives in Bexley and works as a site inspector, said: “My mum was a very strong woman. She brought up five of us singlehandedly.

“All of us grew up and went on to have our own families, and that was when Mum started to get all her grandchildren’s names muddled up. We joked about it at the time but that was the first sign.

“She lived on her own in a flat and we all took it in turns to see her. Eventually she had to move in with my eldest brother but after a year of that it became clear she needed full time care. She saw out the last few months of her life in a care home called The Oaks Care Home in Eltham, which did a fantastic job of looking after Mum.

“She worked so hard for all us with lots of different jobs to pay the bills, from cleaning jobs, to working as a secretary and a cafeteria manager.

“She was so proud of us. She loved football and has shaped my love of the sport. Sadly, by the time Pixie was holding concerts, she was too far gone to go to one.

“That’s why we’re doing this, in honour of my mum who worked so hard for us all. I hope through dementia research there will come a time when no other families are robbed of their loved ones by dementia, like we have been.”
Ricky has already raised £1,190 in fundraising of his £3,000 target, ahead of the marathon on Sunday 23 April.

“In the UK there are 850,000 people living with dementia. Alzheimer’s Research UK is leading the charge to find treatments and preventions for dementia, which couldn’t be done without our generous supporters like Ricky and Pixie.”
To donate to Ricky’s fundraising page, go to www.justgiving.com/fundraising/Ricky-Bennett3