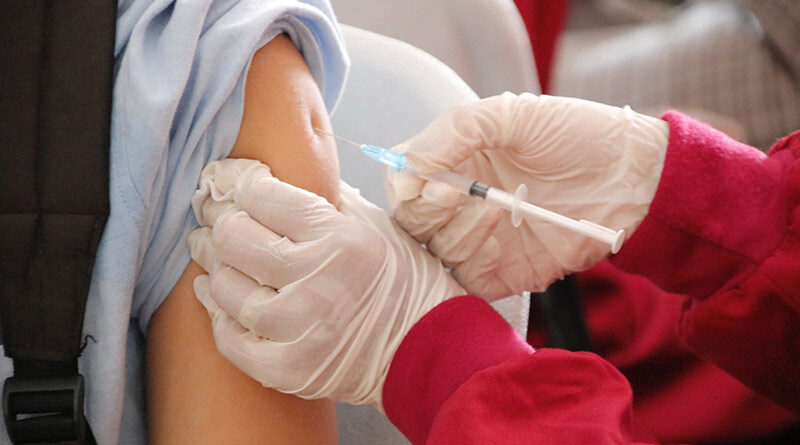 A petition has been launched demanding the reinstatement of care workers who were “forced” from their jobs for declining to take a Covid vaccination, and as also called on the government to apologise and compensate care workers who left the sector.

The policy which came into force on Thursday, November 11, 2021 meant care home workers across the country had to prove they have received both of their Covid-19 vaccinations, unless they are exempt, or face being dismissed from the sector.

An estimated 40,000 social care workers left their jobs as a result, which the petition says has proved “disastrous for the care sector and those it supports”.

The sector now has 165,000 vacancies, with 500,000 members of the public waiting for assessments, care or reviews. The situation is grave and urgent, not least as without a functioning care sector the NHS will collapse.

The petition has been launched by democracy campaign group #Together, who have written an open letter to Steve Barclay, new Secretary of State for Health & Social Care, Helen Whately, Minister for Social Care and Prime Minister Rishi Sunak.

Dear Steve Barclay,
We ask you to urgently address the injustice of the estimated 40,000 social care workers forced out of their jobs due to the Covid vaccine ‘mandate.’ We now have 165,000 staff vacancies in the sector, 500,000 people waiting for assessments, care or reviews, on top of a £3.7bn funding gap that has brought many local care providers to the brink of collapse.

Throughout most of 2021 there was clear evidence that Covid jabs did not prevent transmission and the Department of Health and Social Care warned Sajid Javid that his ‘mandate’ policy would result in upwards of 40,000 care staff leaving the sector. Unfortunately, on 11 November 2021, workers who had not already been forced out were sacked. Many lost not only their jobs, but also their pensions.

In financial terms, the cost of the ‘mandate’ policy to the care sector was profound. The Department of Health and Social Care calculated that each employee lost to the policy would cost £2,500 to replace in recruitment, induction and training costs alone. This policy has left care providers with an estimated bill of upwards of £100 million.

Without a functioning social care system, the NHS will collapse
In the NHS, we have ever-increasing waiting lists for operations and longer waits in A&E due to the lack of beds. This in turn leads to longer ambulance waits. There are an estimated 13,000 patients in hospital beds medically fit to be discharged but with no care package due to the lack of care workers and fewer care home beds. This situation is unsustainable and unacceptable. Lives are at risk.

Please do the right thing: Apologise, Reinstate, Compensate
1. Apologise
Thousands of workers forced out of the sector feel thoroughly insulted, undervalued, and bullied by the events of the last 18 months or so. An official apology from the Government that the previous policy was a mistake is a simple but essential step. To return to the sector, workers will also need reassurance that this can never happen again.

2. Reinstate
We are aware that reinstatement in privately run care settings will mean individual employers taking staff back. As Secretary of State, you can use your influence to encourage and if necessary, legislate for the action required.

There is evidence of individual care homes still ‘requiring’ Covid jabs as a condition of employment which is legally questionable. This underlines that in addition to the need for clarification of the legal position for job applicants and employers in the sector, an awareness campaign encouraging reinstatement of the lost care workers should be a priority.

3. Compensate
We believe many care workers can be attracted back given a suitable apology however with a cost-of-living crisis, and taking into account the stress, lost earnings and likely costs incurred by those workers forced out, it would be reasonable to offer a financial incentive – in addition to competitive pay.

We, the undersigned, urge the Government to do the right thing: apologise to the approximately 40,000 care sector workers it forced out, encourage their reinstatement, and compensate them.