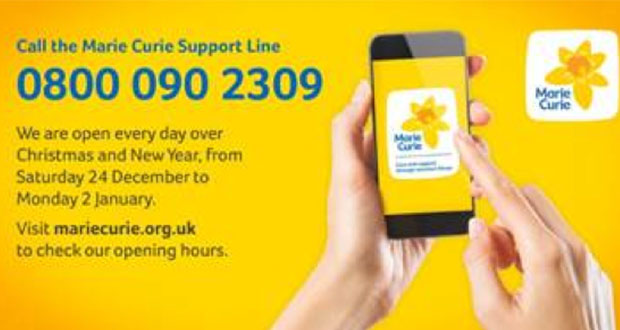 A study looking at the personal perceptions and experiences of patients, families and healthcare professionals, has highlighted the need for improvement in symptom management in end of life care.

The analysis by the Marie Curie Palliative Care Research Centre at Cardiff University has identified several areas of treatment which were often perceived as sub-optimally managed by healthcare professionals, including; pain, breathing difficulties, nutrition, and hydration. Nutrition and hydration were specifically recognised as being “of significant concern”, particularly for carers.

Pain was identified as the area of symptom management most discussed by respondents with many bereaved carers sharing upsetting or traumatic experiences of their relatives uncontrolled pain. Several questioned the competence and confidence of healthcare professionals in effectively managing pain, while others highlighted reluctance to prescribe or administer adequate analgesia as a barrier to controlling their relative’s pain.

Based on their analysis, the researchers say there is a need for further research to test interventions in these areas, and ultimately, inform an evidence-based approach to clinical care. For example, the researchers point to carers’ concerns around under-recognised pain in patients who are unable to communicate verbally, such as those with dementia, noting that there is currently limited evidence around the validity of pain assessment tools.

Bereaved carers described distressing experiences around artificial nutrition and hydration. The researchers say this highlights the need for improved communication with patients and their carers around the dying process and its impact on eating and drinking. As well as anxiety around denial of food and fluids, some carers described instances where there was pressure from healthcare professionals to administer artificial nutrition despite it being against the patient’s wishes.

Several of the healthcare professionals felt that further research was required to determine the nutritional needs of people towards the end of their lives and that a stronger evidence base was needed around if and when artificial nutrition should be administered. Guidelines outlining hydration and nutrition at end of life have subsequently been developed by the Royal College of Nursing in 2015, and by General Medical Council in 2010, but their impact on practice is currently unknown.

“Despite the advances we are seeing in the field of palliative care, symptoms such as pain and breathlessness remain at the forefront of people’s concerns. What this analysis shows is that there are significant concerns around uncontrolled symptoms among patients and carers but also among healthcare professionals who feel that there should be clearer guidance, particularly with regards to nutrition and hydration.”

“While the findings point to the importance of open and honest conversations between healthcare professionals and patients and carers, there is clearly also a need for more robust evidence around interventions and greater recognition of the fact that palliative care research is currently underfunded. Crucially this evidence should inform clinical practice in order to reduce distress for both patients and their families.”

Alana Beaumont (34) was caring for her mum Trish until she died in February this year at the age of 59 from respiratory disease, IPF. Alana describes the “absolutely horrific” experience of watching her mother die with what she feels was uncontrolled pain and breathlessness. She says:

“She spent her last moments shouting my name constantly and I know why she was calling my name – it’s because she needed help. It was incredibly traumatic to watch your mum struggle for breath and shout your name. I don’t want anyone else to go through that because all I could do for a long time after she passed was apologise to her.

“I did everything I could but there’s nothing else I could have done and I’ve gone through it in my mind over and over, and every time I think ‘I called doctors, I called nurses, I called hospitals, I called specialists’, I called everybody and it was just like I was shouting to no one and I felt very alone.”

Researchers conducted an analysis of data from the Palliative and end of life care Priority Setting Partnership (PeolcPSP) with the James Lind Alliance which conducted a UK-wide free-text survey which ran from December 2013 until May 2014 to establish research priorities within palliative and end of life care. For this new supplementary analysis, the team coded the 1403 responses to the survey and identified 190 related to symptoms, nutrition and hydration, which were then analysed thematically.

The analysis is published in the journal BMC Palliative Care. The full paper is available to view here.