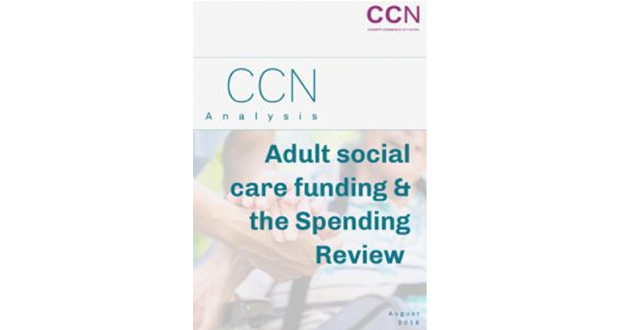 More than £2bn of funding for vital social care services is at risk next year, with council leaders today urging government to confirm that resource will continue otherwise services will start to be decommissioned in the coming months.

The warning comes as the County Councils Network (CCN) releases new analysis, ‘Adult social care funding and the Spending Review’ which shows that £2.4bn of funding for care services for the elderly and younger adults which makes up one-third of total government grant funding for councils, has yet to be confirmed by Whitehall.

County leaders are calling on the Chancellor to use the upcoming one-year Spending Review to confirm all current funding for social care will continue next year. This comes amidst speculation that the Sajid Javid will prioritise funding announcements for the NHS, schools, and the police at next week’s Spending Review.

In addition, they have urged Sajid Javid to fully fund next year’s estimated £652m increase in the costs of delivering care due to rising demand and inflationary pressures. The 36 county authorities in England account for just under half of this – £314m.

However, this would just keep services as they are currently rather than improving or enhancing them – and would still leave councils facing a funding shortfall due to an existing overall funding gap of £5.2bn for all councils next year, according to CCN projections.

The government grant funding currently at risk includes the Improved Better Care Fund, which is coming to the end of its three-year cycle in 2020, alongside the social care grant for councils and a winter pressures grant, both of which were announced at last October’s Budget.

Without the continuation of this funding councils will soon have to begin decommissioning frontline services and care packages for the elderly aimed at reducing delayed discharges from hospital due to a lack of availability of non-acute care beds, whilst also making further reductions to core care services alongside preventative measures and discharge work to help get people out of hospital quicker.

Councils warn they will have to begin preparations for decommissioning during the Autumn months as they need to give care providers sufficient notice – and they argue that next month’s Spending Review must give councils the clarity they need to continue these services.

Next year, all 151 care authorities will need to spend £17.3bn with £8.2bn worth of expenditure for the 36 county authorities. If the government was to commit to continuing the three grants, alongside exiting government funding, this only makes up 40% of council costs for social care – with the rest being met through council tax and further local authority service reductions. In county areas, this figure is just 29% of funding that comes via Whitehall. CCN argues that this is unsustainable in the long-term.

Today’s analysis from CCN shows that different council types across the country will be exposed differently if the government grant funding at risk does not continue.  If government does not roll-over the three grants, then less than one fifth of funding for care services in county areas (18%) will come from the government – with the rest being borne by council tax and further local authority service reductions.

This is at a time when demand for the service is increasingly exponentially – by 2020-21 costs will have risen 20% £2.9bn since 2015, with councils estimated to be spending £6.1bn more per year on adult social care by 2025 compared to what they were spending a decade prior. 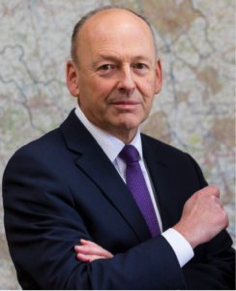 “The new Chancellor worked very constructively with councils in his time as Local Government Secretary of State and was well aware of the pressures we face in delivering adult social care against a rising tide of demand. In addition, the Prime Minister’s commitment to find a long-term solution to the funding of care services is very welcome.

“It would be inconceivable that the temporary grants – particularly the Better Care Fund – that have allowed us to prop up care services and address pressures on the NHS over the past few years, will not continue. But we are still in the dark over whether this lifeline for care services will continue.

“With budget planning for 2020/21 underway, we will reluctantly have to seek to decommission services that are directly funded by these grants in the coming months, in order to present a balanced budget next year – unless this funding is continued. We urge the Chancellor to use next month’s Spending Review to commit to rolling over these grants.

“This alone won’t be enough however. Councils in aggregate face an extra £650m costs next year due to rising demand and costs of delivering adult social care, with the bulk of this falling on county areas If we are to protect frontline services, the Chancellor must provide councils with the resource to fully fund these pressures as a short-term measure ahead of genuine reform to the system. If not, once again council taxpayers will be asked to foot the bill, while frontline services will inevitably be reduced.”