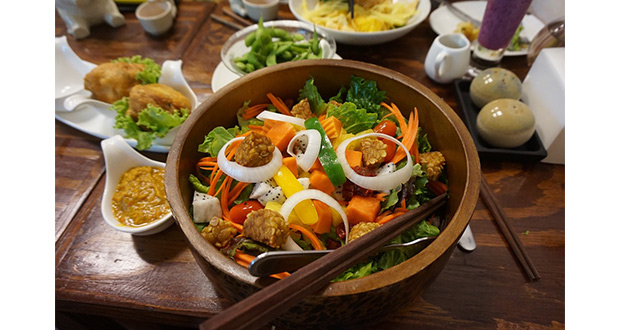 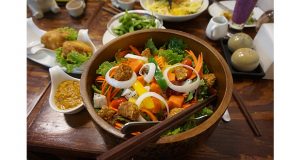 The number of vegan residents in UK care homes has almost trebled over the last five years, according to new research.

Research commissioned by Vegetarian for Life (VfL), a charity dedicated to supporting older vegans and vegetarians living in care homes as well as independently, polled a representative sample of 1,000 care homes across the UK, concluding that residents following a vegan diet in UK residential care homes have risen by 167 per cent since 2014.

According to VfL, there are more than 11,000 care homes for older people in the UK, and more than 7,000 vegetarians and vegans in those homes. The organization says the ‘rapid rise in vegan residents in particular has sparked VfL to urge care facilities to be prepared if a vegan resident moves into the care facility’.In the wake of this research, Amanda Woodvine, chief executive at VfL, said there is now more need than ever to ensure there is adequate vegan meal options available to those in care homes.

She said: “It’s great that more people are choosing a vegan lifestyle, but it just goes to show that we have a lot of work to do to ensure that there are adequate meal and snack options at care homes nationwide.

“It can be daunting for catering staff at care homes to plan meals if only one resident is plant-based. But VfL has a vast amount of resources available to make this as easy as possible; there are recipes on our website for mealtimes as well as special occasions such as birthdays and barbecues. We also offer fully-funded live cooking demonstrations from our team of roving chefs.”

Vegetarian for Life was set up back in 2007 by trustees shocked by the story of an elderly woman who had been an animal’s rights campaigner and was vegetarian. When she went into a care home after developing dementia, she was given food containing meat, with staff claiming they felt it was acceptable because she ‘would not know any different’.

In a similar case, a few years ago, the daughter of an elderly woman with dementia at a care home in Wales, took her complaint to the Public Services Ombudsman for Wales, after finding she was regularly fed meat despite being vegetarian.

Ms Woodvine, said: “Sadly this is quite a common approach. But all individuals have a right to varied and nutritious meals, and respect for their previously held beliefs and cultural norms.”

As well as it being a total lack of respect for the person’s beliefs and way of life, eating meat after years of being vegetarian can really mess with a person’s digestive system as meat is harder for older people to digest, and even more so if they are not used to it. Catering for vegetarians and vegans in care homes can be patchy, with some care providers offering a range of interesting, nutritious meals and others giving residents a rotation of cheese and egg dishes, according to VfL.

The charity recommends that people going into a care home make sure they fill in an advanced care plan to ensure their chosen diet is respected and not compromised.