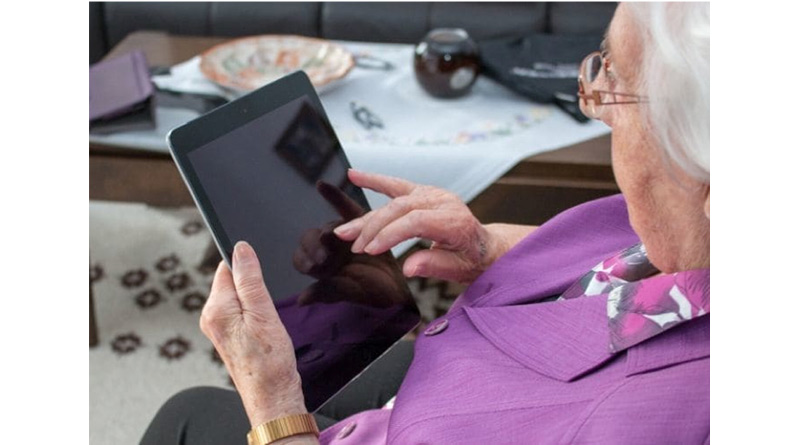 Researchers from Northumbria University are asking adults aged 65 or over to spare some time to help with their latest research into reducing loneliness in older people and improving function in everyday tasks.

In response to the prominence of the health and wellbeing of the UK’s ageing population on the policy and political agenda, two new studies at Northumbria will aim to help older people age more healthily. Included in the research will be topics such as wellbeing, stress, mobility, everyday functioning, nutritional supplementation and personal social networks amongst others.

Psychology PhD students Alexandra Thompson and Sarah Docherty are now asking the people of the North East to spare some time in the name of research and become volunteer participants in their studies.

The first of the two new studies will develop an intervention that aims to reduce loneliness and its negative health implications in those aged over 65 by analysing their personal social networks.

According to research from Age Concern and Help the Aged, over 1 million older people say they always or often feel lonely, while a study by Age UK showed that nearly half of older people say that television or pets are their main form of company. Other research has revealed that loneliness can be as harmful for our health as smoking 15 cigarettes a day.

Alexandra Thompson is a PhD Researcher with a background in psychological interventions to improve health and wellbeing. Her work will look to tackle the prevalence of loneliness in older people through various stages of research, with the ultimate aim of developing a videoconferencing intervention via Skype or a similar application.

Alexandra Thompson explains the first phase of her study: “The first phase involves a 1-2 hour visit, during which participants will be asked to provide details about their relationships with those close to them as well as answering questions about their wellbeing.

“We will then look at the association between participants’ social network characteristics and loneliness to determine the optimal person from their social network to have contact with to reduce loneliness.

“The information provided by phase one will be used to test an intervention involving Skype contact with that network member in comparison to a stranger and a control activity to determine its effectiveness.”

Ms Thompson is recruiting adults aged 65 and over to take part in a computer-assisted questionnaire in the lab at Northumbria University. All those who take part will be entered into a draw to win one of four £250 prizes.

Improving every day functioning through supplements

The second Healthy Ageing research project will evaluate the effectiveness of multi-nutrient supplement on a range of everyday functions, in caregivers and non-caregivers aged 70 or over.

PhD researcher Sarah Docherty, who has a background in nutritional intervention studies, explains the rationale behind the study: “Research has shown that being exposed to prolonged stress can lead to a range of detrimental outcomes such as a worsened immune system, poorer sleep quality, low mood, and increased risk of cardiovascular disease.

“These negative implications can be exacerbated as a person ages, due to declines in the immune system and an increased vulnerability to illness. As well as this, the ageing process can lead to impairments in other activities of daily living such as mobility, which can lead to social isolation and loneliness.

“In recent years, there has also been an increase in older adults who are also informal caregivers – those caring for a partner with dementia, for example. This is a form of chronic stress and is associated with a range of negative health outcomes. Both age related deficits alone and in combination with chronic stress can lead to worsened functioning in day-to-day life and reduced quality of life.”

Nutritional supplementation may provide a way to improve everyday functioning in older adults and older adult caregivers. However, no research to date has investigated the effectiveness of multi-nutrient supplementation in improving a broad range of age or stress related detriments in this population group.

Ms Docherty is looking for adults aged 70 and over to take part in a lab-based study. This involves two testing visits to the University, lasting approximately two hours each, with 12 weeks in between each visit, and one five minute visit between these two visits – after six weeks. To thank participants for taking part they will receive either £50 or £65, depending on which aspects of the study are completed.