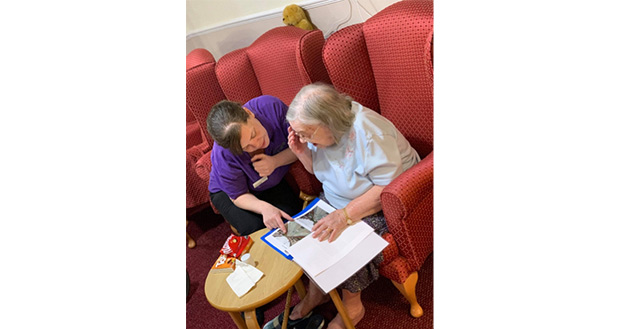 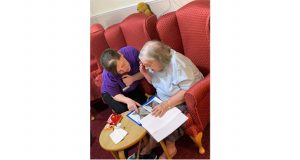 90-YEAR-OLD Jessie Senior was taken on a trip down memory lane by a care home worker who went the extra mile.

Jo MacGregor, who works at Rotherham’s Broadacres Care Home, created a book about the Sheffield estate where Jessie spent more than four decades of her life.

The activities coordinator realised after chatting to the nonagenarian care home resident that she now lives on the same estate – Arbourthorne, in the southeast of the city.

Jessie moved to the estate in 1937, when she was eight years old, and lived there until she moved to Brinsworth village in 1982.

Jo decided to research the history of Arbourthorne and how it has changed over the years before creating a book and presenting it to Jessie.

Jessie said: “This has absolutely taken my breath away.

“It’s so amazing to see my old house and where I lived. I remember it all like it was yesterday, even though a lot of it has changed.

“I can’t believe how much work Jo has put in to do this for me. It honestly means the world.”

Jessie attended Arbourthorne Primary School and then Heeley Bank School, until the age of 14.

In the book created by Jo, there are details about the building of the estate, including aerial photographs of the road Jessie lived on, as well as street view images. Jo didn’t initially realise these contained shots of Jessie’s original house.

Jo explained: “Jessie told me about a cinema that was built there in the 1930s and was said to be bomb and gas proof – but luckily during the war it wasn’t tested. I found lots of information and photos of that building through time as it changed to a light bulb factory, after being a cinema, and is now housing.

“I also researched the Arbourthorne Hotel public house, as I knew Jessie had mentioned it, but didn’t realise her personal link about her wedding reception being there. As well as photos I found facts out and included them too.

“It’s an ongoing booklet, so I’m going to be looking into Arbourthorne Primary School and the Arbourthorne shops next, to show how massively they’ve changed too.

“I took this upon myself to do as Jessie and I often swap stories of the estate, as I live down the road from where her house was.

“I’m interested in history, so was fascinated to learn so much from Jessie and my research, but I also knew how much it would mean to her to see the place now and this was my way of taking her there.

“Jessie’s reaction and appreciation was exactly why all of those hours I’ve taken to do the book were completely worthwhile. Even today she has told me that she looks through it as a little pick me up as she has so many wonderful memories of living there.”