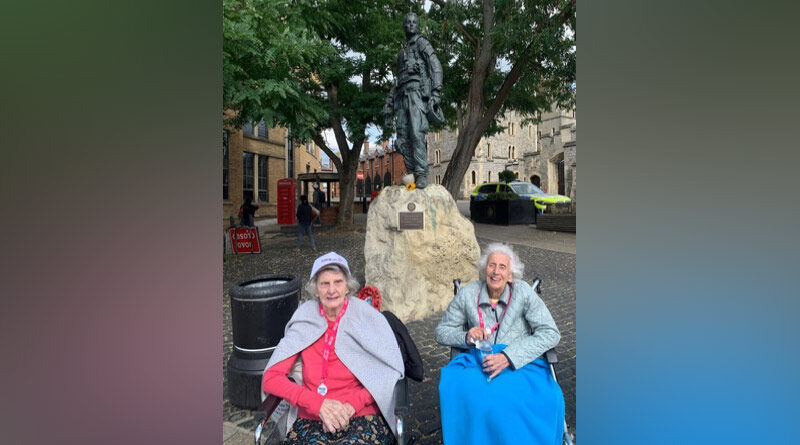 Care homes across the region have been celebrating 40 years of excellence in the care sector by walking through Windsor.

In honour of its milestone anniversary, Care UK is aiming to raise £40,000 collectively to give back to local communities, charities and organisations across the country.

The teams had chosen to donate to the Alzheimer’s Society and over 100 residents, relatives and team members took part.

Erika Smith, Home Manager at Bickerton House, said:
“We were really pleased to join Care UK homes across the country in raising money for charity as a celebration of the 40th anniversary.

“We had a great time at Mountbatten Grange and enjoyed walking alongside colleagues and residents from different homes – they all had such fun stories to share.

“I would like to say a huge thank you to the team at Mountbatten Grange for hosting the event, we all had a fantastic time!”

Debbie Winwood, Home Manager at Mountbatten Grange, added:
“Here at Mountbatten Grange, we’re incredibly enthusiastic about creating strong links with our local community and supporting where we can. We’re also passionate about enabling residents to have even more opportunities to make new connections outside of the home through events such as this.

“We really enjoyed welcoming colleagues and residents from across the region to our fundraising walk around the beautiful town of Windsor.

“It’s a huge privilege to be part of something so special and we can’t wait to see how much money we’ve managed to raise for the surrounding communities!”

As part of the wider fundraising activities, CEO of Care UK, Andrew Knight, along with Jacqui White, Marketing Director, and Tony Weedon, Strategic Programme Director, also undertook a 240-mile bike ride. Taking them a total of five days, the journey started at Care UK’s oldest care home in Clacton-on-Sea and finished at its newest in Shrewsbury.