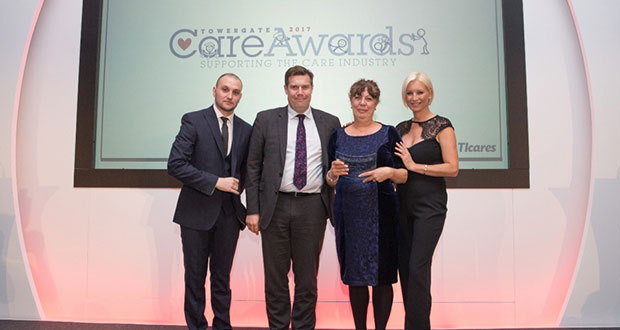 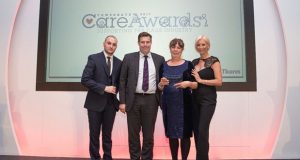 Following hundreds of entries from across all areas of the care community, the winner of Care Home Worker of the Year at Towergate’s Care Awards has been announced as local Newham resident Janette Neal.

The Towergate Care Awards celebrate individuals who demonstrate outstanding excellence in care, paying tribute to those people who go above and beyond to provide the best care every single day.

The Care Home Worker of the Year category recognises those people who play a pivotal role in caring for vulnerable members of society for anything from short term rehabilitation to helping preserve dignity for those in the later stages of life. Janette was selected as winner in the category in recognition of her hard work and overall commitment to the care sector.

Janette has been care manager at Sahara Lodge and Gardens since 2010, having started her career in 1993. During her time at Sahara Care she has made a massive contribution to the services, launching the Day Care Centre in 2011 to meet the growing demands of the local community. It has been a massive success supporting a number of people who were affected by the Government’s cuts to care.

Kirsty Wainwright-Noble from Towergate commented: “Janette’s story really stood out to us in the judging process. She demonstrates remarkable excellence in care and is truly deserving of this award and I would like to take this opportunity to congratulate her on her accolade. Towergate has a longstanding relationship with many care organisations across the country, and it was a great pleasure to meet Janette and present her with her award.”

Speaking about the awards Janette Neal said: “I was extremely honoured to have been nominated for Towergate’s Care Worker of the Year award and I was amazed when my name was read out.

It means so much to me to be recognised in this way. Providing opportunity, equality and inclusion for adults with learning disabilities is my oxygen and to be rewarded in this way was such a proud and humbling moment for me

The caring sector can face some very negative criticism and this event showcased how many wonderful people there are out there who are really striving and making a difference in enhancing people’s lives.”

The ceremony, which took place in London on 23rd March 2017, was hosted by actress and TV presenter Denise Van Outen, who has starred in some of the nation’s favourite television programmes and West End shows.