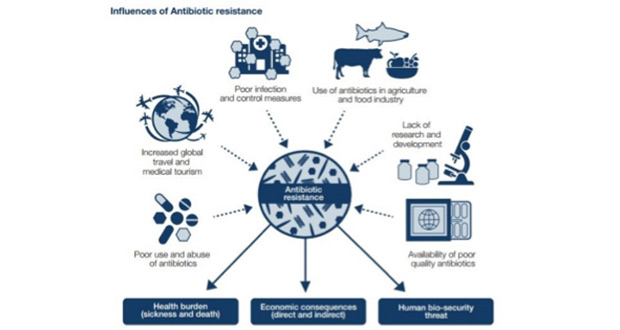 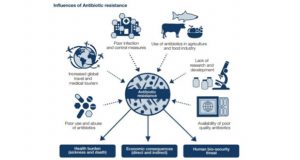 Adapted from I. Holanec, ‘What you need to know about antibiotic resistance’, p12, IFoA Longevity Bulletin Issue 08, May 2016

A new report by the International Longevity Centre – UK (ILC-UK) argues that antimicrobial resistance (AMR) could plunge medical practice back into the dark ages and negate longevity improvements made over the past 50 years.

Immunisation prevents an estimated 2-3 million deaths every year in all age groups. Vaccines have greatly reduced, or eliminated many infectious diseases that once routinely killed or harmed many people, and increased vaccine rates can reduce the usage of antibiotics through reducing the risk of secondary infection.

Given that AMR could negate longevity improvements made since the mid-20th century, the ILC-UK has produced this accessible guide to what AMR is, why it matters, and what can be done to prevent what Chief Medical Officer Dame Sally Davies has described as a ‘catastrophic threat’ to the UK, and the world.

As well as summarising existing literature, the report also draws on presentations delivered at an ILC-UK debate on tackling AMR in an ageing society held in November 2016. During the debate, an audience of public health experts heard from:

The report’s section on what every individual can do to help prevent the rise of AMR quotes Dr Gina Radford, Deputy Chief Medical Officer, who said at the event:

‘Some of the prevention [techniques] are really simple things like hand-washing. On a day to day basis, you should wash your hands with soap and water for the length of one verse of God Save the Queen or two times through Happy Birthday.

‘We know that the rise of antimicrobial resistance could lead to up to 10 million deaths a year worldwide by 2050. However, it’s not just Governments and medical professionals who have a role to play in preventing the spread of AMR.

Each and every one of us can help reduce the risk of infection through good hygiene, like proper handwashing technique; through completing all courses of antibiotics and not requesting them for things like colds or sore throats; and through checking to see which vaccines we are eligible for, and keeping an up-to date vaccination record’.