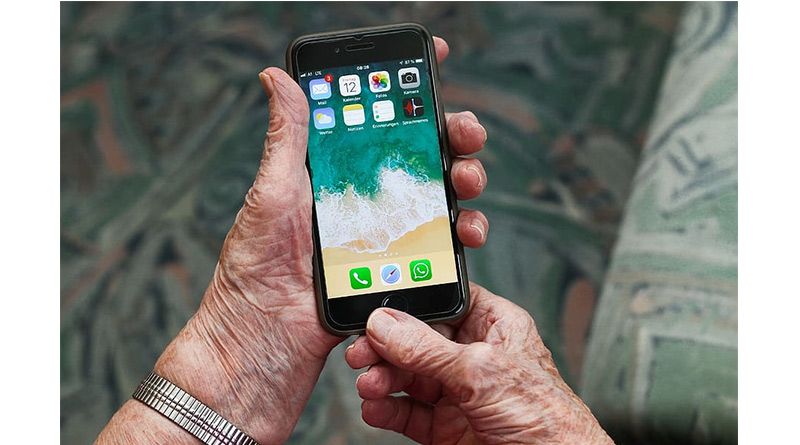 New analysis from Age UK shows that the pandemic has not in fact produced a sea-change in older people’s use of digital technology, warning that a drift towards services and activities being online. On the back of these findings the Charity is calling for greater support for those who are offline and finding it increasingly difficult to access essential goods and services could leave millions of older people high and dry.

The Charity’s new report Digital inclusion and older people – how have things changed in a Covid-19 world? – published today – shows that while just under a quarter (24 per cent) of over-75s in England have increased their internet usage since the pandemic hit, this is mainly driven by existing users going online more often. Most older online users say their use has remained unchanged, with nearly one in 10 (9 per cent) actually using it less.

A few months into the pandemic more than two in five (42 per cent) of this age group were still non-users – busting the myth that as a result of this health emergency ‘everyone’ is now online.

Since the onset of Covid-19, the public sector, businesses and entertainment providers have increasingly turned to digital technology to engage with customers. For many people, the pandemic has changed the way they work, socialise, communicate, buy goods, access services, and generally live their lives. However Age UK is warning that the rapid pace of this change is leaving significant numbers of older people behind. While many over-75s are using the internet more for shopping or keeping in touch, some older people have been unable to access free Wi-Fi and computer equipment or training at public spaces such as cafes, libraries and local centres during the pandemic, and many others are physically unable to use a computer or simply not interested in getting online.

Age UK’s analysis of the English Longitudinal Study of Ageing (ELSA) Covid-19 Substudy Wave 1 shines a light on older people’s internet use a few months after the pandemic hit. The over-75s are the age group least likely to use the internet and the study found that only 15 per cent of the nearly two million offline in this age group have an interest in getting online at all. Of all those who said they would like to use the internet more frequently or for more tasks, including those who are already online, a lack of IT skills was perceived to be the biggest barrier, with four-fifths (79 per cent) of over-75s citing this as a key factor.

Through its extensive work on digital inclusion over many years, Age UK knows that the best approach to helping older people gain confidence and improve their IT skills is usually through ongoing support, tailored to their needs and preferences and delivered one-to-one. Being able to make video calls to keep in contact with family can make a big difference for example, but it does not necessarily follow that the older person then goes on to deal with their finances online or access public services that way. All too often there is an unfounded assumption that a limited amount of online activity automatically means older people will use the internet to meet all their needs. It often doesn’t and the fact is that it can take time to enable older people to be safe and confident online, and this level of support requires funding.

Much more investment in digital skills training and IT hardware is needed to support older people who are digitally excluded to get online safely and improve their skills. Without it, many older people will simply be left behind, with some struggling to access basic goods and services.

The Charity is warning that it is therefore essential that those who cannot or do not want to use the internet are not excluded or disadvantaged as a result. In these difficult times, everyone should be able to access information and public services, manage their finances and buy their shopping in the way that suits them.

Age UK’s analysis of the over-75s ELSA data found that:

These statistics therefore paint a picture of a moving population of older people using the internet to do different things. At the same time as some older people are starting to carry out some tasks online others are stopping or scaling back. We also know from other analysis that not everyone who gets online, stays online. In 2019, six per cent of all over-75s (320,000) in the UK had used the internet in the past but no longer did so.[v] This is very different from the commonly held idea that older people are increasingly all online and progressively deepening their use of technology, and that once they have arrived online, they stay. Clearly this is not the case.

Caroline Abrahams, Charity Director at Age UK, said: “These new findings debunk the idea that the pandemic has prompted a headlong rush online among our older population, and that once an older person starts to use computers they continue to do so and carry out an ever-wider range of tasks using technology. This will disappoint many businesses and policymakers who are keen to move to a digital approach, in the hope of cutting costs. However, our analysis shows that if we continue in that direction and do nothing else, we will simply marginalise millions of older people who either cannot or do not wish to use computers, many of whom never will.

“It is, of course, true that the internet is being used more by older people over time and that the pandemic has acted as a catalyst in this respect. However, it turns out that this is more about existing older online users broadening their range of techy activities than those who are entirely new to computers getting engaged and moving through the gears from email, to online shopping and then to online banking. The end result is that there are still almost two million over-75s who are not using computers at all.

“It’s interesting to see how fluid internet use is among older people, with the numbers starting to use the technology for some tasks being counterbalanced to some degree by those stopping or reducing their level and range of online activities. Intuitively this makes sense since physical and mental ill health often take their toll as people age, and finances can become more stretched as savings are gradually spent down. We do not know if this is more of an age effect than cohort effect but it’s reasonable to conclude at the moment that there will always be considerable numbers of older people who will not be online. Policy and practice must be framed accordingly, however unwelcome this may be from a cost point of view.

“Our research also suggests a lack of digital skills and confidence is a big barrier stopping many of today’s over-75-year-olds going online, alongside the associated costs. We have seen ourselves at Age UK that one-to-one support and free or subsidised kit and broadband really helps overcome these difficulties and we are very grateful for all the donations and funding of this kind that we have received from partner companies. The fact is though that if Government and businesses really want to see a rise in the number of older people using computers, sustained investment is required. More could certainly be done though if the political will and financial wherewithal were there.”