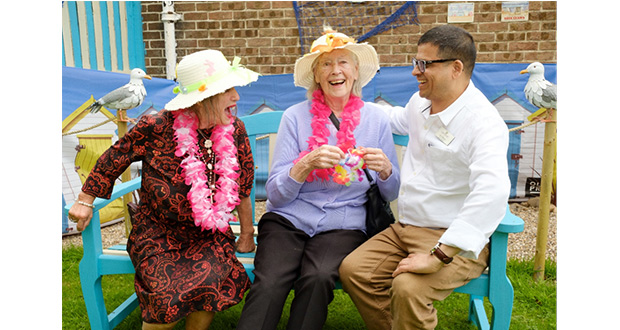 The Manager of Basildon-based Mundy House care home, Josi George, has been announced as The Care Home Registered Manager of The Year in The Great South East Care Awards 2019. Josi has now progressed to joining the winners of the other regional heats in the national final of The Great British Care Awards at Birmingham’s ICC on 20th March 2020.

Following his nomination for The Care Home Manager of the Year, Josi attended an interview panel with the judges of his category, before he was declared the overall winner. Josi was presented with his award at a ceremony the Hilton Hotel in Brighton.

The judges’ comments stated: “Josi is a natural, kind and inspirational leader of a family home. He provides genuine heartfelt care alongside his team. He has a supportive approach to staff, residents and relatives who are all very lucky to have him as their manager and should be very proud of what he does.”

Mundy House care home registered manager, Josi George said: “I am honoured to receive an award for our great work at Mundy House, especially from such a prestigious awards ceremony. My heart was racing when they announced the winner, I was elated.

“I feel that I have achieved something great for our home, I received the award on behalf of all the Mundy House staff and residents. I was so proud to receive an award in front of more than 500 people.”