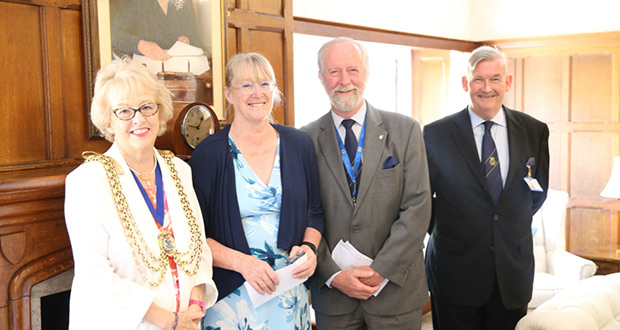 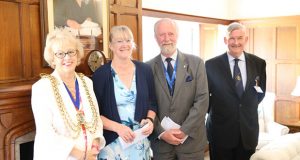 In celebration of Seafarers Awareness Week 2018, Banstead based care home The Royal Alfred Seafarers’ Society opened its doors on 27 June, to welcome members of the public and local community to join staff and residents in raising awareness of the sector at the Society’s annual Open Day.

The event was attended by trustees, the Mayor of Reigate and Banstead, and a children’s choir from Warren Mead Junior School. Guests were invited to attend the home and meet residents whilst celebrating the work of Seafarers UK, which supports charities that look after the welfare needs of seafarers, ex-seafarers and their dependants.

Guests enjoyed the day in beautiful sunshine, showcasing the care home’s facilities which include its very own bar, salon, specialist dementia annexe, and extensive grounds. Residents shared stories of their time at sea with visitors, while pupils from Warren Mead Primary School hosted a sing-along and the Mayor of Reigate and Banstead, Cllr Mrs Dorothy Ross-Tomlin, who is also a long-standing Society trustee, joined in with the festivities.

Mayor, Mrs Dorothy Ross-Tomlin said: “The atmosphere here at the Royal Alfred is remarkable; it’s like walking into a nice, friendly hotel. I first came here 11 years ago and fell in love with the home and its residents. The residents here are relaxed, clearly well looked after, well fed and full of fun. Because they are ex-seafarers they all have interesting tales to tell and I just love hearing them.

“Today we have seen the general excellence of the home and the great progress that has been made on the new leisure area. Spending time with the residents and seeing them enjoy the school children sing was quite splendid.”

Meanwhile, Commander Brian Boxall-Hunt, Chief Executive of the Society, said: “As an island nation which relies on seafarers for 95 per cent of imports and exports, it’s important to recognise the contribution of seafarers, both past and present, at every opportunity, our annual Open Day being one of them. As a not-for-profit organisation, the Royal Alfred relies on Seafarers UK and other grant-giving charities for vital support and it was a pleasure to hold today’s event in recognition of Seafarers Awareness Week.”

The Society has massively invested into the home over the years, with the care and attentiveness of the staff demonstrating just how devoted the Royal Alfred team is to providing outstanding care for its residents; the staff at the Society were recently named finalists in the Leadership Team of the Year category at the Toast of Surrey Business Awards.

Seafarers Awareness Week takes place every year to help support the maritime community and raise awareness of Britain’s dependence on seafarers. Seafarers UK coordinates the campaign which also promotes the Royal Navy and the Merchant Navy.