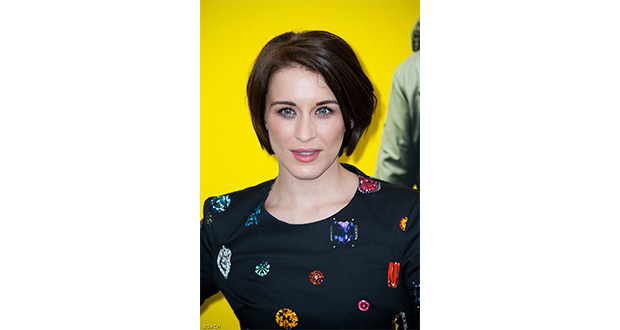 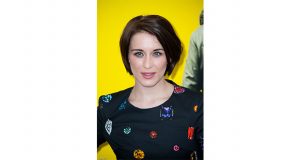 There is just no stopping Vicky McClure when it comes to uniting with Alzheimer’s Society to take part in their flagship fundraiser, Memory Walk.

Not only has the television star been busy filming the new series of hit drama Line of Duty but Vicky has also been working on the upcoming BBC documentary My Dementia Choir.

She has even struggled to find time to watch hit new TV series The Bodyguard, but despite a hectic schedule, Alzheimer’s Society ambassador Vicky still made sure she took part in the charity’s Memory Walk in Nottingham – for the eighth year in succession.

“There’s something very special about Memory Walk and I wouldn’t have missed it for the world,” the Bafta award-winning actor said.

“I felt I had to take part because Memory Walk is a powerful and uplifting way of showing that we’re determined to one day defeat dementia.

“And the more I take part in Memory Walk and meet people affected by dementia, the more determined I feel to fight it with everything I‘ve got.

“We’ve got to get rid of it for good – for the sake of the next generation. We need to defeat dementia because it just can’t carry on. It is such a horrific condition – I hope eventually we’ll get the better of it. Events like Memory Walk help Alzheimer’s Society to get us there.”

Of the top 10 causes of death, dementia is the only one that cannot be prevented, cured or slowed down. Research will beat dementia but more funding is urgently needed to find a cure.

Alzheimer’s Society is committed to spending at least £150 million over the next decade on dementia research – and Memory Walk will help to raise vital funds towards this.

Vicky and her family are among 100,000 people who are taking part in 40 Memory Walks this autumn and the charity is hoping they will generate as much as £9 million to help people affected by dementia.

“For me, Memory Walk is people of all ages and from all backgrounds getting together and publicly uniting against dementia,” said Vicky, best known for Line of Duty and winner of a Bafta for her role in This is England.

“The only way we will defeat dementia is by us all making an effort to come together and join forces at events like Memory Walk to raise awareness and funds for research.

“When I did my first Memory Walk, there were just 300 of us on the banks of the River Trent and now 3,000 people take part. That just shows how  the dementia movement is gathering momentum and is really encouraging for everyone.”

The Nottingham Memory Walk was very much a family affair for Vicky who completed the walk with her mum and sister and young nephew Dexter.

“It’s important to me and my family because my nana developed dementia and that was heartbreaking for us all,” Vicky continued.

“My nana is where my determination to defeat dementia was born from and she continues to inspire me. Now I feel that everything I do now that is related to the cause is in her memory. If it wasn’t for her I probably wouldn’t be here doing all these things. It’s her legacy.”

Vicky’s been on a steep learning curve since initially supporting Alzheimer’s Society as her nana, Iris, was diagnosed with vascular dementia a year after her first Memory Walk and died with dementia in 2015.

“At first I didn’t really know what dementia meant and how it affected people,” Vicky said.

“I had an idea it was just old people forgetting whether they’d locked the front door but then my nana developed dementia so its full impact really hit home.

“Now I have learned an incredible amount about dementia, its different types and how it doesn’t discriminate – affecting people of all ages.

“People can  live with dementia well but the more widespread it becomes the more we need to support people with dementia better – with better quality of care, information and advice so they can continue to live and enjoy life. That’s why we do Memory Walks.”

Before embarking on her local walk, Vicky had issued a rallying call to fellow walkers in a speech ahead of the event along with 31-year-old Daniel Bradbury who was diagnosed with dementia at the age of 30.

Daniel is also a member of Vicky’s Dementia Choir and he took part in the walk along with wife Jordan, their two young twins and other members of their family.

“Having Daniel up on the stage with me ahead our local Memory Walk meant the world to me,” Vicky said.

“It’s because of the BBC documentary that I have made 20 great friends who are living with dementia. I feel Im walking for them now as well, especially people like Daniel who are so young and shouldn’t have to be going through this.

“I relate to Daniel because we have quite a lot in common. He has a wife and two young children – I went to their wedding last month, which was a beautiful occasion. This disease is just not fair, it’s really cruel.  I want to do everything I can to fight back against dementia.”

Vicky spoke out after completing the Nottingham Memory Walk, which took place in the majestic grounds of Wollaston Hall at the end of a busy week.

“I started filming Line of Duty on Monday in Belfast so I filmed Monday and Tuesday and flew to Nottingham on Tuesday night to film the choir on Wednesday,” she said.

“I suppose I’ve got loads going on with the television work but there’s no stopping me when it comes to the fight against dementia.

“And it’s genuine – this isn’t a stunt, this isn’t to make me feel as though I’m a do-gooder, I want to help.

“If getting my face out there to raise the profile of Alzheimer’s Society work and presenting documentaries on the telly help to rally people then that’s what I’ll do until we defeat dementia.

“The fact that Memory Walk is getting bigger and bigger is in some ways quite sad because of the amount of people that come here means it is affecting more than ever.

“But it also means more people are becoming more aware of what dementia means and everybody wants to help and that just goes to show the amount of good people we have got in the world.”

As well as supporting Alzheimer’s Society and her television commitments, Vicky is now relishing getting up to speed with Bodyguard.

“I started watching Bodyguard on the plane back home to Nottingham and I think it is gripping television,” Vicky said.

“I got just half-way through the first episode before my Memory Walk because Belfast to Nottingham is only a short flight but it seems like a brilliant piece of work.

“Jed Mercurio is a very clever man – he has written some exquisite scripts for Line of Duty and it seems he has done the trick again with Bodyguard.”

“We are enormously grateful that Vicky and her family and friends are rising to the huge challenge it poses by uniting with Alzheimer’s Society to help us defeat dementia.

Alzheimer’s Society is urgently calling on people to unite against dementia and take part in Memory Walk – register now at memorywalk.org.uk