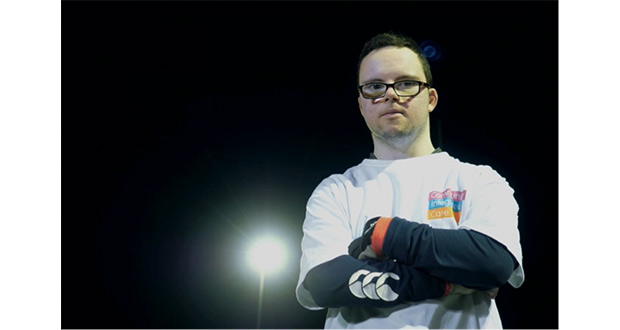 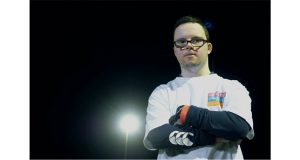 The ground-breaking Community Integrated Care Learning Disability Super League is set to launch at the Dacia Magic Weekend, at Anfield Stadium, Liverpool (25th and 26th May).

Super League and the Rugby Football League have partnered with the national social care charity Community Integrated Care to create a pioneering inclusive sports programme for people with learning disabilities and autism. Gaining significant national attention since its announcement in February, and engaging hundreds of people in the sport, this world-first programme is a growing success.

Supporters attending the Dacia Magic Weekend will have the opportunity to watch the inspiring action first-hand on both days of the event. With a special festival taking place on Stanley Park during the second game of each day, and the teams playing on the famous Anfield turf during the halftime break of the final games, the Community Integrated Care Learning Disability Super League players will be at the heart of the action.

Community Integrated Care will also be fundraising at the event, to further develop its Rugby League inclusion programmes, and showcasing its opportunities for work, volunteering and support in social care at the event Fanzone.

The Community Integrated Care Learning Disability Super League gives people with learning disabilities and autism the opportunity to play an adapted version of Rugby League. The programme aims to promote the development of skills, confidence and positive experiences, and make a major statement about social inclusion. This world-first initiative is the first ever example of a professional sports league sharing its brand with a learning disability sports programme.

Learning Disability Rugby League is a specially adapted non-competitive game, which focuses on encouraging participation and skills development. To support the success of this programme, Community Integrated Care is providing specialist training to all participating clubs, as well as direct investment into the sport.

The Dacia Magic Weekend launch event will provide one of the biggest ever crowds for a learning disability sport event. Further fixtures are set to be announced this year, including festivals hosted by Warrington Wolves, Hull KR and Wakefield Trinity.

Community Integrated Care is one of Britain’s biggest and most successful social care charities, supporting over 3500 people who have learning disabilities, autism, mental health concerns and dementia across England and Scotland. The charity has developed several pioneering sports and social care programmes with Rugby League clubs that have been recognised at the National Dementia Care Awards, 3rd Sector Care Awards and the Great British Care Awards.

As the Official Social Care Partner of Super League and the RFL, the charity is leading the development of a range of programmes that will use Rugby League to transform the lives of people who require care and support.

Mark Adams, CEO of Community Integrated Care, says: “It has been inspirational to witness the support given to this project by the clubs that are participating in the programme, Super League and the RFL. With hundreds of people now having the opportunity to discover and play Rugby League, and participants gaining skills, friendship and confidence, this initiative is changing lives. Truly, Rugby League is leading the way for innovation and inclusion by supporting this programme.

The launch at Dacia Magic Weekend will be a proud moment for everyone associated with Community Integrated Care and the sport of Rugby League.”

Robert Elstone, CEO of Super League, says: “I am so proud of the Learning Disability Super League initiative. It’s inspirational and uplifting and is everything Super League should be about. We should thank those behind the initiative, in particular our partners at Community Integrated Care, our Clubs for supporting their teams, but most of all, our players for their dedication and commitment – anyone who pulls on a Super League jersey is a special human being.

I am delighted we’re unveiling the Learning Disability Super League at Dacia Magic Weekend and would urge all fans to take time to watch it in action. Like me, like everyone who’s seen it so far, you’ll love it.”