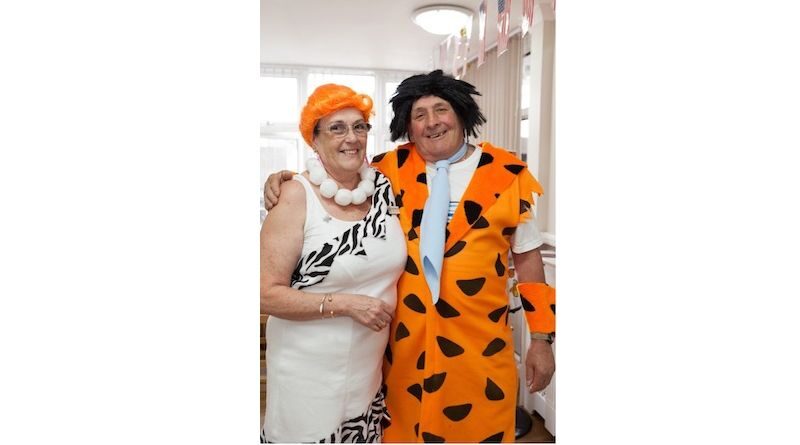 Staff and residents at a Kent care home have paid tribute to a recently retired employee who is set to leave a “wonderful legacy” behind after 15 years of outstanding service.

Meyer House Care Centre in Erith, Kent, has bid an emotional farewell to one of its most loved and dedicated members of staff, Gill Redsell, who spent over a decade building a respected legacy at the family-run community.

Fondly known as ‘The Captain’, Gill joined the Nellsar home in 2006 where she played an instrumental role in renovating and adapting the home to become officially Care Quality Commission (CQC) registered in December of that year. Starting out as a housekeeper, Gill went on to become a kitchen assistant, carer, senior carer and deputy manager, before finally being promoted to registered manager.

Judith Angell, Interim Senior Quality Assurance Officer at the London Borough of Bexley council, who has known Gill for more than 19 years, said: “Gill and her team have always been extremely caring towards the residents placed within their care. They get both residents and relatives involved in developing care plans, which results in the residents having care and support that meets their individual needs.”

Eileen Pallen, former Mayor of the London Borough of Bexley added: “I have known Gill and the staff at Meyer House for about 10 years. Over that time, I have been struck by the warmth between the staff who work there and the people they care for; nothing ever seems too much trouble. Gill leads by example and throws herself into whatever is going on and I have attended a number of social events where staff come in on their day off to take part, such is the atmosphere and team spirit.”

Reflecting on her 15-year tenure at Meyer House, Gill said: “My management style was always fair, firm and approachable – building the team to ‘put the care into caring’. Meyer House is a small home of 28 residents, a real family unit where we include our relatives into our hearts as well. The care team are passionate about their job roles and respect the values of the home, often going the extra mile. There wasn’t a job in Meyer House that I wouldn’t do to help out.”

She continued: “The sense of a family bond is so important. We listen and support residents and their relatives; we’re there for them through their highs and sometimes sorrows. During staff interviews, I would stress that Meyer House is our residents’ home and they have invited us to come in and look after them, this set the precedent for the type of carer I was looking for.”

Gill will now enjoy her retirement by spending some well-deserved time with her grandchildren, especially after being apart from her family during months of lockdown.

Martin Barrett, Managing Director at Nellsar, described Gill as a role model who is adored by both staff and residents. He added that she will always be remembered for her humour and good grace.

Gill concluded: “Laughter is a must-have criteria in Meyer House. I’ve seen many characters over the years including Wilma Flintstone, Morticia, Army, Navy and Air Force Officers, Nancy from Oliver, Charlie Chaplin, and even a Christmas Cracker!”