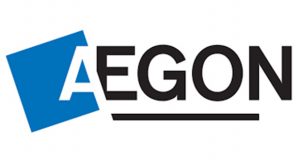 New research from Aegon has found that only 21% of people anticipate that they won’t need residential social care in their old age, indicating that four out of five people are facing up to the prospect and not burying their heads in the sand.

The research also found that of those who believe they may need residential care, two-thirds (67%) thought it most likely they would need it from age 80 or older.

The research also revealed that most people had realistic expectations in terms of how long people typically spend in residential care in their old age. 80% of respondents thought the average time would be more than three years, while 30% believed the average is more than five years. A study by Newcastle University found men spent 2.4 years on average needing regular care albeit not necessarily in a residential facility and women three years.

Steven Cameron, pensions director at Aegon UK, said: “Our research captured a wide range of views on the likely need for social care in old age and the associated costs. It’s reassuring to see that the reality of these costs is resonating with people with the majority expecting residential care to cost between £30,000 and £50,000 a year. This understanding of cost is a good first step when it comes to planning for retirement and factoring in the years of care that might be required in late life. The second step is for this understanding and awareness to be converted into action.

“It’s particularly noteworthy that only one in five people (21%) said they don’t think they will need residential social care in their old age. This means most people need to be asking themselves how they’ll pay for it. The state won’t pick up the full tab and failing to plan ahead could have serious implications for inheritance aspirations.

“This is a very complex area and the Government is likely to put in place new rules around what individuals will be expected to pay. This is an area we will be following closely as the sums of money involved are significant and individuals will want to understand their savings options. As the debate about care costs evolves, getting professional financial advice may help to ensure people are well placed to meet any future costs.”