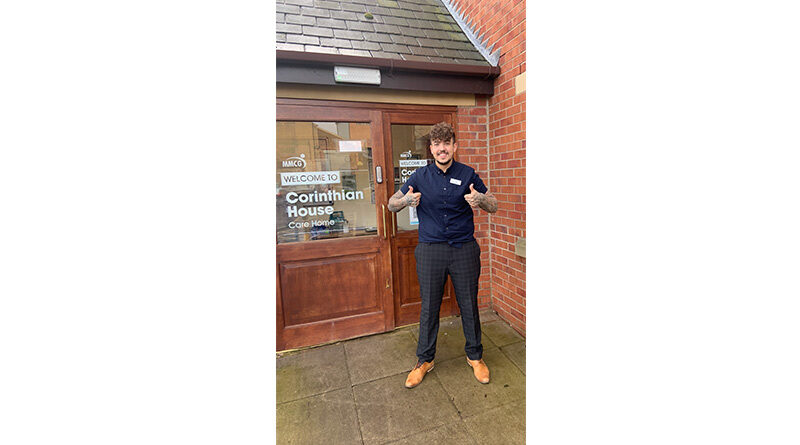 Lewis Watson will be covering 6km every day to hit his 100-mile target, all in support of St Gemma’s Hospice in Leeds, who looked after his grandad Robert for 7 weeks whilst he struggled with bowel cancer.

The help provided by the hospice was vital for Lewis and his family, who wouldn’t have been able to cope without St Gemma’s assistance. When Robert was given the news of his terminal bowel cancer, he didn’t want to go to a hospice and instead wanted to spend his time at home with family.

St Gemma’s Hospice leaped into action, providing a medical bed to use at home, as well as daily visits from nurses and all the medication he needed to control the pain. When Robert passed away on 17th June 2020, they also helped with funeral arrangements.

This has spurred Lewis on to raise money for the hospice. He’s so far smashed his £250 target and the donations currently stand at £455 – with help from the care homes in which Lewis works.

“This was a really tough time for my family and me. It’s the worst news anyone can ever receive. Grandad’s health took a sudden turn, and it was really hard for us all to cope. Thankfully, St Gemma’s Hospice supported us throughout and helped to ease the pain for everyone. We couldn’t thank them enough.”

“St Gemma’s are a charity funded hospice and rely on donations to be able to look after people with cancer. I hope that my fundraising will help them to provide the same support we received to others during the most difficult period for anyone.”

Lewis works as an IT Field Engineer for two leading care homes in the area; Corinthian Care Home and Willowbank Care Home, both homes are supporting Lewis’s fundraising.

Interim Care Home Manager of Willowbank, Sheila Murray says “We’re so proud of Lewis and what he’s doing in memory of his Granddad.  We’re totally behind him in raising this money and we will be cheering him along!  We try and support our team members when they’re looking to raise money for great causes in our communities.”

Interim Care Home Manager of Corinthian Home, David Hutton says “Go Lewis!  You can do it!  We always look to support any of our team members if they want to do something so worthwhile as this.”