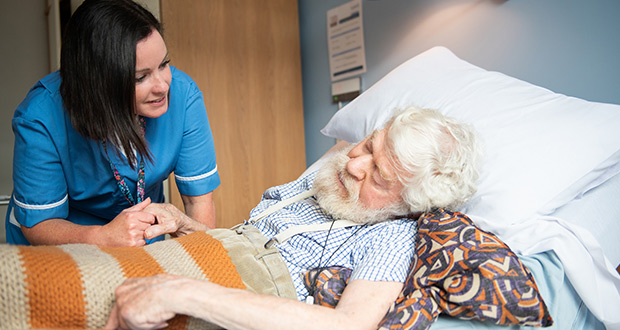 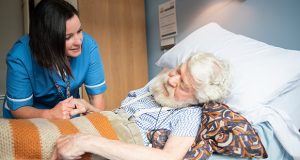 Internationally renowned artist, James F Lynch will be hosting an exclusive preview of his works at The Chocolate Quarter on 4th July at 7pm.

Beginning his career at Camberwell School of Art and Goldsmith’s College London, James has exhibited his work around the world at galleries including the Royal Scottish Academy, the Royal West of England Academy, the New English Art Club and the Alexandra Irigoyan Gallery in Madrid.

Now a resident at the St Monica Trust’s Charterhouse nursing care home, James recently moved out of his studio apartment in Bath due to his debilitating Parkinson’s. When James was discharged from hospital to Charterhouse, it was immediately apparent to his nurse Kate Lindgren that his mood was very low. James explained to Kate that he had been living in a flat on the fifth floor of an old building which had no lift. An internationally renowned artist, James was desperate to return to his flat to select his artwork for an exhibition at the Victoria Gallery in Bath. He presumed that this wasn’t possible as he was now in a nursing home.

After his care team discovered his passion for art, they worked tirelessly with James and the physiotherapy team to help him regain his mobility in order to return to his apartment and select the paintings for this exhibition. James describes art as his ‘life blood’ and still sketches every day.

Registered Nurse, Kate Lindgren said, “I’m very passionate about seeing people for who they are and not their disability. James does need help because of his Parkinson’s, but now everyone has seen what he’s capable of.

“The St Monica Trust is the only place I’ve worked as a nurse where I’ve been supported and encouraged to do this sort of thing. We’re making a difference to James and it’s something we hope to do for all our residents.”

Nearly all the subjects which are exhibited show the artist seated in the narrow busy streets of the medina of the coastal town of Larache, where he acquired a house which he used to go to during the holidays from teaching. The dusty charm of Larache is captured in his expressive paintings which combines the fusion of crumbling Islamic and Spanish tenements and the narrow thronged alley ways.

James’s work has been exhibited in many solo exhibitions, including at the Rooksmoor Gallery in Bath, the Angel Gallery in Lavenham and the Annexe Provinciale de la Culture, Larache, Morocco. After a preview of his work at The Chocolate Quarter, James paintings will also be shown later this year at the Victoria Gallery in Bath.