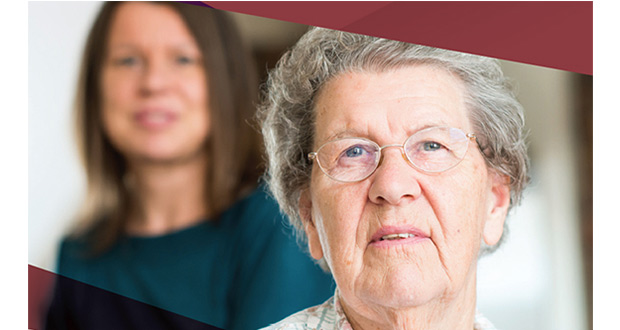 Researchers in the US have identified an individual with a genetic mutation that causes Alzheimer’s disease, who did not develop memory problems until three decades after the expected age of onset. The findings of a scientific case study are reported today (Monday 4 November) in the scientific journal Nature Medicine.

Which individual did the researchers look at?

The researchers identified a woman in Columbia with a mutation in a gene called Presenilin 1 (PSEN1).

PSEN1 is involved in the production of a protein called amyloid. If this gene is faulty, there is an abnormal build-up of amyloid in the brain that causes clumps, a characteristic feature of Alzheimer’s. People who inherit one of these faulty genes generally develop Alzheimer’s symptoms in their 30s, 40s or 50s.

However, the person involved in this study remained protected from memory and thinking problems into her 70s.

Less than one percent of Alzheimer’s cases are caused by a genetic mutation. For the vast majority of people, having a parent with Alzheimer’s doesn’t mean they will develop the disease.

What was happening in the brain?

The team found that this woman also had another rare mutation in a gene called APOE3 gene, which may have counteracted the damage of the faulty Alzheimer’s mutation and actually protected her from the disease. They identified that she had two copies of a rare version of the APOE3 gene, known as the Christchurch variant.

Using MRI brain scans, the researchers showed the woman lost brain tissue to a level similar to those who developed early memory problems – Mild Cognitive Impairment – in their 40’s.

Using expensive PET brain scans they also found the women had unusually high levels of brain amyloid and similar high brain metabolism, which would be expected of someone with Alzheimer’s. However, she had had unexpectedly low levels of another hallmark Alzheimer’s protein, tau, and appeared to have less damage to nerve cells in her brain.

“Alzheimer’s is a devastating disease of the brain and is caused by a complex mix of age, genetics and lifestyle. In rare inherited cases, faulty genes drive the development of the disease and overpower any protective factors. Understanding the role of rare protective genetic factors could be transformative in the development of new treatments.

“Positive signals in ongoing anti-amyloid drug trials add weight to the role of amyloid in Alzheimer’s, but this study potentially indicates a new protective mechanism independent from amyloid build-up. Alzheimer’s is a complex disease and this research highlights the need to explore every avenue in the search for better treatments

“As the findings from this study relate to a single individual, it will be critical to support these results with more evidence, but this case study provides a promising new direction for future research.

“This study underlines the importance of research investigating the genetic factors involved in Alzheimer’s disease. Study volunteers are so important in the concerted effort to make meaningful breakthroughs possible in dementia. Those interested in taking part in dementia research can do so by ringing Alzheimer’s Research UK’s Dementia Research Infoline on 0300 111 5111 or registering at www.joindementiaresearch.nihr.ac.uk