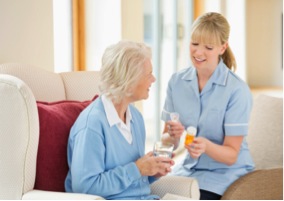 IQTimecard is calling on businesses to ensure they are not in breach of National Minimum Wage requirements – after a blog by a home care worker showed that many are earning less than £5.00 an hour. The blog, published in the Guardian under the title, ‘Life as a Care Worker’, shows that many home care providers with remote employees are getting away with paying their workers less than minimum wage by not paying them for the time they spend travelling between client locations.

The anonymous domiciliary care worker writing the blog stated that her work began at 7.30am – but due to her clients living quite a distance from one another, she was only able to complete four half-hour calls by 11am. The nurse is paid £3.60 for every half-hour call, which means that in three-and-a-half hours of work and travel, she had only earned £14.40 – less than £5.00 per hour.

This is in direct contradiction to the National Minimum Wage regulations, which state that adults over the age of 21 should be earning a minimum of £6.50 per hour. If the anonymous nurse’s earnings had been in line with the minimum wage, she would have earned £29.25 – a much healthier wage for someone in such a high-pressure role.

IQTimecard is a time and attendance solution which can help businesses keep track of their National Minimum Wage obligations, thanks to a range of reporting features. The system, which tracks hours worked and integrates with payroll, can be configured to wave a ‘red flag’ to employers when one of their team falls below the threshold for minimum wage – so that they can take steps to ensure their worker is being paid an appropriate amount.

David Lynes, Director of IQTimecard, says, “Hearing reports of hard-working home carers earning less than £5.00 per hour is unacceptable – and businesses must act. The government has made no secret of the fact that it intends to ‘out’ organisations that aren’t paying their employers the appropriate amount, resulting in bad publicity and negative associations for their clients.”

He adds, “IQTimecard can help businesses to get a better grip of their payroll structure and ensure that they are never breaching any regulations, whether it’s the National Minimum Wage regulations or the Working Time Directive.”

The home care industry is experiencing problems attracting and retaining staff to the sector – and part of the problem is the issue with low wages. In order to prevent a full-scale crisis for home care providers, IQTimecard advises that wage standards are raised and employers take more care in ensuring their team are paid in line with the regulations.

To find out more about IQTimecard, visit the website: http://www.iqtimecard.com/