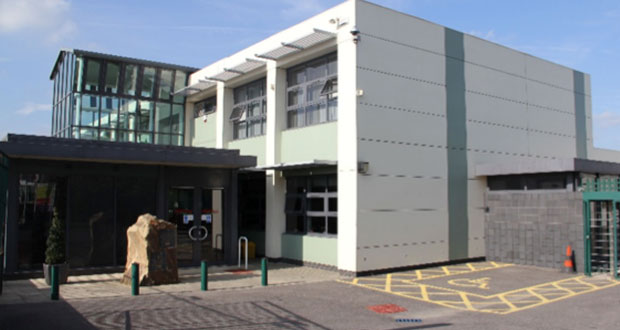 Apetito, the UK’s leading food producer for the health and social care sector – serving some of the most vulnerable people in society – has won the UK’s highest business accolade, The Queen’s Award for Enterprise in Innovation…for an impressive second time.

It has again been recognised for innovation leading to commercial success – this time for its work in pioneering ground-breaking texture modified meals (a range of softer foods), which has been specially developed for those living with dysphagia (the clinical term for individuals who experience chewing and swallowing difficulties).

Citing the fact that “apetito’s innovative texture modified range has had a ‘significant and positive’ impact on the wellbeing of its customers by helping to stimulate appetite and increase nutritional intake”, The Queen’s Award for Enterprise’ praised the company’s track record of growth, success and commitment to its market.

Only awarded for what it describes as ‘the highest levels of excellence’, the Awards are highly coveted and attract thousands of entrants across the UK.  The 2016 Queen’s Award for Enterprise were all announced today, (21st April), on what is the Queen’s 90th birthday.

The Award itself will be presented to apetito, in the forthcoming weeks, by the Lord Lieutenant of Wiltshire, Sarah Rose Troughton.

Speaking on behalf of the company, Chief Executive, Paul Freeston, reinforced that this win was reflective of the extraordinary teamwork from top to bottom within the business:

“We are proud, honoured and delighted to have been recognised for a second time in the Queen’s Award for Enterprise in Innovation” he says, “and, it is testament to the hard work, dedication and vision of our entire team.

“All of us at apetito are passionate about ‘making a real difference’ to people’s lives and we believe that our softer foods range is the very best of its type across the world.

“The range has helped thousands of people improve their quality of life, allowing them to dine with dignity whilst increasing nutritional intake.  Most importantly, it has brought back enjoyment into people’s mealtimes”.

Apetito – which incorporates Wiltshire Farm Foods – first won the Queen’s Award for Enterprise in Innovation in 2005 for its development of the “Chefmobil”, which revolutionised the meals on wheels market by cooking meals whilst on route to customers rather than being prepared hours in advance in a central kitchen.

“The Queen’s Award for Enterprise in Innovation, is the highest accolade we could receive, and to have won this twice is an incredible feat.”