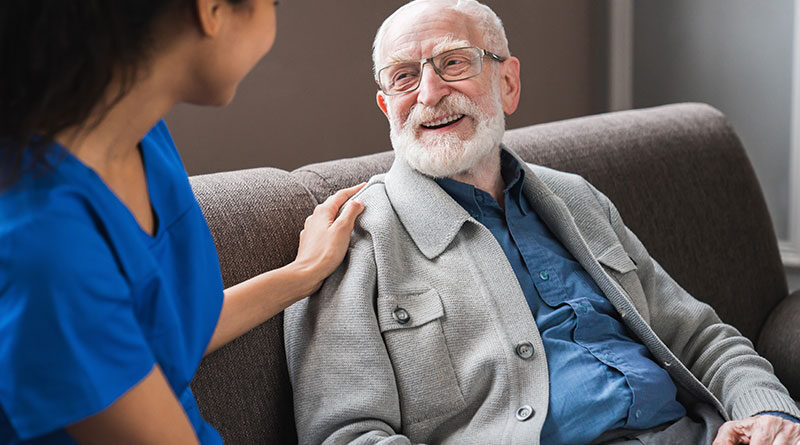 To mark global Human Rights Day, the Relatives & Residents Association (RR&A) has co-signed a letter to our political leaders calling on them to stand firm on human rights protections in the UK. The letter, signed by 158 organisations, comes at a time when human rights in the UK are at risk due to Government plans to weaken our legal protections. The Government’s Bill of Rights Bill, despite its name, would have a detrimental impact on people relying on care services and on the work of care providers.

In the context of the cost of living crisis, forcing millions into vulnerability and further discrimination, the letter highlights “the last thing anyone needs is for a government to strip away our fundamental legal protections”.

That the Prime Minister recently ‘deprioritised’ the Bill of Rights Bill is very welcome, but the threat to rights will continue until the Bill is dropped entirely, RR&A say. “We are against any action which weakens the rights of people needing care. We are also concerned that the Bill of Rights Bill would make the work of the already stretched care workforce more difficult.”

Helen Wildbore, director of R&RA, said:
“The rights of older people needing care have been decimated by the Government’s mismanagement of the pandemic. And now they plan to weaken rights protections and make it harder to hold those in power to account. The Government must drop their Bill of Rights Bill and instead focus their energy on repairing the damage of the last three years, supporting the sector out of the workforce crisis and ending isolation in care for good.”

The full text of the letter is below.

This Human Rights Day, as the global community celebrates the anniversary of the Universal Declaration of Human Rights (UDHR), we write with heavy hearts that the UK Government’s approach to our domestic law risks taking us further and further away from the legal protection of human rights here at home. This Human Rights Day, the United Nations is calling for action to counter scepticism of, and rollbacks against, human rights, by establishing that human rights are never relative and must always be upheld as what unites all of humanity.

As we face a cost of living crisis forcing millions of people into vulnerability and further discrimination, many having to choose between heating or eating, the last thing anyone needs is for a government to strip away our fundamental legal protections.

Human rights laws are, necessarily, uncomfortable for governments because they set limits on the exercise of power, limits which are for the benefit of people. No UK Government need fear this; and rather than harking back to Magna Carta and rose-tinted history, should embrace the fact that our Human Rights Act provides universal protections for everyone and ensures those with public power are accountable.

As civil society groups working hard to protect people’s human rights, and to support people through the cost of living crisis, we want a world in which our political leaders commit to our universal protections, not simply those it finds acceptable. We call on the UK Government, and all political leaders, to share our commitment to everyone’s human rights, and ensure our Human Rights Act is here to stay.