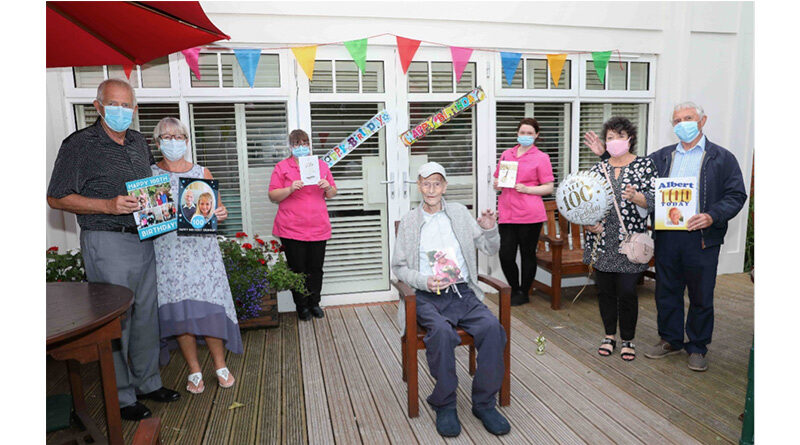 The son of one of the 266 miners killed in a major disaster at the colliery where they both worked has celebrated his 100th birthday with a socially distanced party at the care home where he now lives.

Albert Rowlands was a 14-year-old lamp boy at Gresford Colliery when his father was among those who perished in the explosion at the pit on Saturday, September 22, in 1934.

He is believed to be the last living survivor of the tragic day that shocked the whole country.

Only six of the colliers climbed out through the choking smoke and dust, away from the raging underground fires that consumed their workmates.

The victims included Albert’s dad, John Rowlands, a Royal Welch Fusilier who had won the Military Medal at the Battle of the Somme in the First World War, whose  tally or name tag was left hanging on the hook in the lamp room.

Albert, who is now a resident of Pendine Park’s Gwern Alyn Home in Wrexham, left the pit and went on to have a remarkable career which included a stint working at the world-famous Carlton Club in London.

The coronavirus pandemic has meant the family has been unable to see much of Albert who’s being living in lockdown at Pendine Park. 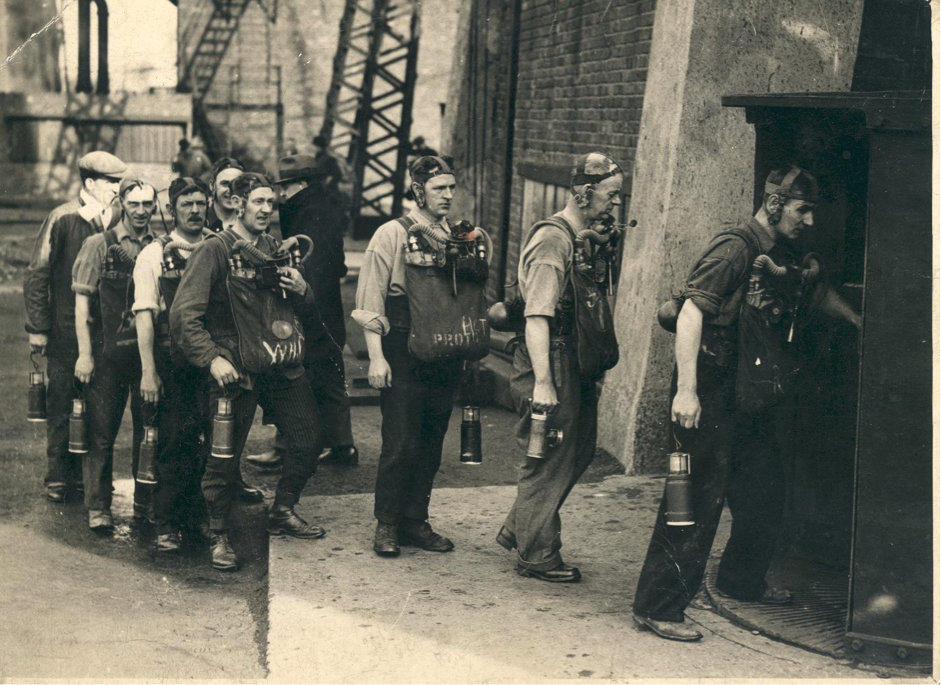 They came together once again for a socially-distanced outdoor tea party to mark the momentous milestone of his 100th birthday.

Among those who attended was his daughter, Patricia Oldham, a retired Wrexham accountancy firm receptionist.

She said: “After meeting my mum at the Carlton Club, they were married at the Catholic Cathedral in Westminster and went on to have six children John, twins David and Ann, Dennis, myself, Patricia, and Glynis. Mum passed away in 2008 from cancer.

“To reach 100 years of age is a remarkable feat and he’s led a very full life. His card from Her Majesty the Queen will take pride of place on his dressing table.”

Inevitably though, amid the celebrations, thoughts also turned to that fateful, frightening day at Gresford Colliery 86 years ago.

When he was interviewed about it a few years ago, Albert recalled: “Us boys in the lamp room had to be there as soon as the men started arriving for work.

“We were cycling to work with my dad and he told us to get on or we’d be late so we went on ahead.

“He picked up his lamp at the other window so I never saw him again. Two others of his friends were with us and they were lost as well. They’re all still down there.

“After handing out the lamps we cleaned the ones from the afternoon shift and then settled down for half an hour or so. I used to smoke, though my dad didn’t know.

“People have said there was a huge explosion and the ground shook but that’s not true. All that happened was that telephone rang and the fireman said: ‘They’re all coming up,’ and the miners were appearing and they seemed to be panicked.

“We were getting the lamps in and handing out the tallies and then it all went quiet and the fireman said to me: ‘You’d better go for the ambulanceman.’”

After making the return trip to the other side of Wrexham on his bike, Mr Rowlands witnessed the rescue attempts from the surface. Conditions down the mine were dreadful with the rescuers battling fires and further explosions.

“They were coming back up and just shaking their heads and then they brought the bodies up,” he said.

“They only found 10 and they came up covered in blankets. I saw them. But by Sunday they had given up.

“I was always hoping to see my dad. You could always tell him even when they all looked alike, covered in coal dust, because he always had a big grin and lovely white teeth.

“But he never came back and his tally (the name tag placed on a miner’s cart) was left there hanging on its hook.”

According to Cindy Clutton, the manager of Pendine Park’s Gwern Alyn and Hillbury care homes, it was a privilege to provide care for Albert.

She said: “Albert is a popular and much-loved resident and very quickly settled into living at Gwern Alyn. He’s enjoyed a remarkably full life and to be perhaps the last survivor of the Gresford Colliery disaster is amazing.

“The Coronavirus pandemic has been difficult for everyone, residents, staff and relatives and I can’t thank enough the loved ones of our residents for their support and understanding through what have been unprecedented times.

She added; “It was lovely to be able to organise the party with his family, albeit socially distanced and with face masks on. It was fantastic to be a part of the celebrations to honour this truly remarkable man.”