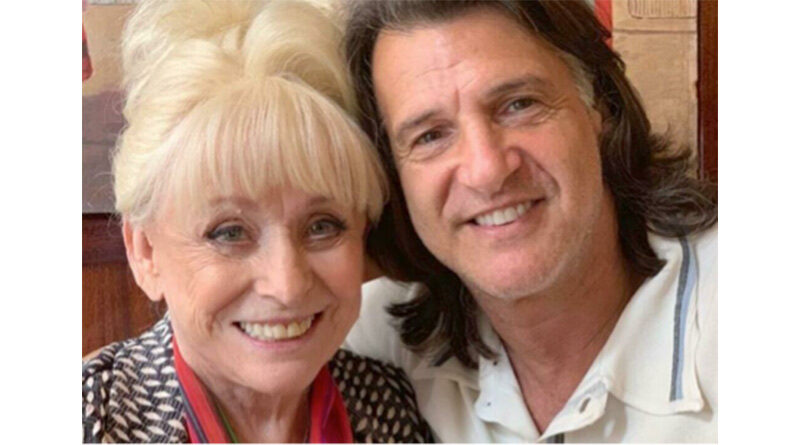 Alzheimer’s Research UK calls on the government to urgently deliver on its election promise to double funding for dementia research – as figures published in the Sunday Mirror (Sunday 31 January) reveal a drop in research spend for Alzheimer’s disease.

Figures show that government funding for research into Alzheimer’s disease, the most common cause of dementia, peaked in 2017-18 at £49.1 million, but fell to £27.7million in 2018-19, then again dropped to £22million last year.

With the support of Scott Mitchell, the devoted husband of Dame Barbara Windsor, who died with Alzheimer’s in December 2020, Alzheimer’s Research UK is calling on government to urgently increase its investment in dementia research.

Scott Mitchell and Dame Barbara Windsor“It’s disappointing to see that the government is still not doing more for people affected by dementia, despite the promises made by the Prime Minister to me and Barbara in 2019. While I fully understand that the government has had to prioritise dealing with the COVID-19 pandemic, and my heart goes out to every single person affected by the virus, we cannot lose sight of the need to find life-changing treatments for people affected by dementia. Dementia is one of the country’s leading causes of death, and it will continue to be without greater investment in research.

“While we knew nothing could be done to save Barbara from this cruel condition, we were both passionate about making sure action would be taken to save other families from the heartbreak it causes. But I worry we are moving backwards, rather than forwards. Over a year ago the government promised to double its funding for dementia research, yet we have seen no further commitment to this pledge. That’s why I’m asking people to sign Alzheimer’s Research UK’s petition calling on government to deliver on its promise.”

“Funding for dementia research, and the diseases like Alzheimer’s that cause it, has never been more urgent, particularly due to the devastating impact of COVID-19 on people with dementia. With almost one million people in the UK living with dementia today, yet no treatments to slow, stop or prevent the diseases that cause it, families like Scott’s are being torn apart by this condition.

“Two thirds of people living with dementia have Alzheimer’s, so the news that research funding for this disease has dropped will come as a blow. Currently the government funds around £83 million of dementia research a year, but this is simply not enough to be able to overcome one of our greatest medical challenges. We must see a much greater investment across all areas of dementia research, including Alzheimer’s disease, to be able to offer people the hope they deserve.