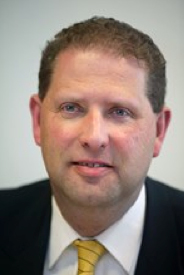 Experts in dementia care and risk reduction met in Japan this week for the third Global Dementia Legacy Event. Prime Minister Shinzō Abe from Japan highlighted the importance of dementia care provision and the commitment of the Japanese government to take global action against dementia.

On the evening before the Legacy Event, ADI and Alzheimer’s Association Japan (AAJ) organized a joint side event with the support of Eli Lilly & Company about care models around the world and the importance of diagnosis.

Several people living with dementia attended the Legacy Event and three members of the Japanese Dementia Working Group of AAJ spoke at the official reception and the plenary sessions. Yasuhisa Shiozaki, Japanese Minister of Health, Labour and Welfare, announced that the government will launch a new dementia strategy updating the ‘Orange Plan’ that was published in 2012. ADI and AAJ were pleased to hear that the input of people with dementia will be a key pillar of the plan.

The Organization for Economic Co-operation and Development (OECD) launched a report on dementia care at the meeting: ‘Dignity in Dementia: How better policy can improve the lives of people with dementia’. The report states that dementia is the fastest growing cause of disability in the world today, and emphasises the need to develop and implement policies to improve dementia care, and to share learnings with the international community.

I had the pleasure of co-chairing a session on dementia friendly communities with ADI medical and scientific advisory panel member, Professor Akira Homma. There are lots of these initiatives, especially in Europe and Asia, such as the programme to train Dementia Supporters that has now been running for 7 years in Japan, providing training to 5.5 million people. During this session, Sabine Jansen from ADI member Deutsche Alzheimer Gesellschaft also presented to the audience on awareness campaigns from Germany.

During the event ADI also presented the Global Alzheimer’s and Dementia Action Alliance (GADAA). This Alliance is a mechanism to include other international NGOs outside the dementia field in awareness raising and societal acceptance of dementia, a model that was developed in the UK and most recently Germany.

The event also highlighted innovative care solutions using information and communications technology (ICT) such as robotics and bio-computers, which can help support people with dementia in their daily life and increase independence. The importance of person centred care was also emphasised by Professor Dawn Brooker from the University of Worcester and Profesor Graham Stokes from Bupa, who demonstrated the link between a high quality of care and the decreased need for antipsychotic treatment.

Sessions on prevention and risk reduction highlighted intervention studies COGNICISE from Japan and THISCE from Taiwan, both combining physical exercise and cognitive training and other interventions combined to delay the onset of dementia, an approach that looks promising given the results of the FINGER study from Finland that was presented earlier this year. Professor Martin Prince presented the conclusions from the World Alzheimer Report 2014 Dementia and Risk Reduction and stressed that dementia should now can be seen as a preventable condition and included in public health initiatives to reduce risks of chronic diseases like diabetes, cancer and cardiovascular diseases.

Jürgen Schreftlein from the European Commission presented results from the first European dementia action plan. A second plan will be prepared for 2015-2018 under the leadership of the Scottish government on behalf of the UK. The Joint Programming for Neurodegenerative Diseases (JPND) is a very successful coordination mechanism between 28 countries and 70% of the budget is spent on dementia research. From Canada we learned that they have enhanced their research efforts and strongly believe in collaboration across borders with specific programmes. Canada are also involved in JPND and has special programmes with the USA, France and China as well, and have launched an awareness website aimed at teenagers: When Dementia is in the House.

At the closing address, Dr Saxena, Director of Mental Health, Neurological Disorders and Substance Abuse of the World Health Organization (WHO) announced that it will organise the first WHO Ministerial Conference on Global Action Against Dementia in Geneva at the start of March 2015. All Ministers of Health of the 193 member states will be invited, alongside other international organizations in official relations with WHO, including ADI. Crucially, this meeting will expand the efforts from the G7 countries to the whole world.