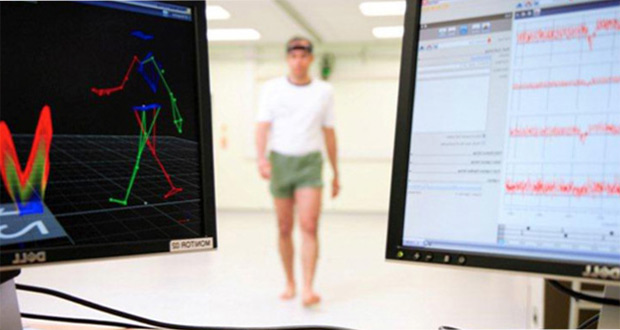 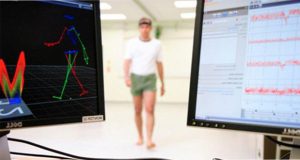 Body-worn sensors used at home and in clinic by people with mild Alzheimer’s to assess walking could offer a cost-effective way to detect early disease and monitor progression of the illness.

“Wearable sensors at home and in the clinic have the potential to change dementia research. The ability to assess gait and walking behaviours is a major step forwards in data collection” said Professor Lynn Rochester

Identification of clinical biomarkers, such as changes in walking characteristics and behaviours, are known to be important factors when looking at early warning signs of dementia.

Findings of a feasibility study, published in the Journal of Alzheimer’s Disease, shows that wearable sensors offer a good way to assess changes in how a person walks and also can be used for continuous ‘free-living’ monitoring of gait during everyday activities.

Experts say this method has the potential for affordable, multi-centre and home-based monitoring that benefits patients, clinical management and the efficiency of clinical trials.

Lynn Rochester, Professor of Human Movement Science at Newcastle University, leads the gait and wearable technology research across multiple sites in the study.

The human movement laboratory at the Clinical Ageing Research Unit, based at the Campus for Ageing and Vitality, Newcastle University, is dedicated to the investigation of gait, balance and mobility.

Professor Rochester said: “How someone walks is not routinely used in clinical trials because the tools needed are typically restricted to specialised labs and one-off testing, missing subtle fluctuations in symptoms.

“Wearable sensors at home and in the clinic have the potential to change dementia research. The ability to assess gait and walking behaviours in all aspects of life is a major step forwards in data collection.

“Free-living gait analysis at home is particularly useful as it allows objective observation of an individual’s day-to-day activity. It also has the benefit of providing continuous data over a prolonged time that may be more sensitive than one-off assessments.

“This is an exciting project to be involved in. Gait assessed in this way could contribute to delivery of more cost-effective clinical trials and may encourage investment and increase the number of such studies in the future.”

The feasibility study is part of the £6.9m Deep and Frequent Phenotyping Project, funded by the National Institute for Health Research and the Medical Research Council.

This is the first major clinical study based on Dementias Platform UK and the results could be game changing for research in this area.

Volunteers wore a small wearable sensor on their lower back. They carried out walking tasks in the laboratory and then went home wearing the sensor for a week, carrying out everyday tasks.

Gait is emerging as a potential diagnostic tool for cognitive decline. The tools to quantify gait in the clinic and home, and suitability for multi-centre application, have not been examined until now.

Findings show data for comprehensive and clinically appropriate measures can be obtained for walking behaviour and pattern, and gait characteristics relating to the pace, timing, variability, and asymmetry of walking.

Experts have concluded that it is feasible to assess quantitative gait characteristics in both the clinic and home environment in patients with early onset Alzheimer’s disease with body-worn sensors.

Professor Rochester said: “Body-worn sensors can provide an enriched picture of an individual’s gait function and walking activities that could act as a complimentary diagnostic tools for clinicians.

“Clinical use of body-worn sensors in annual health assessments could track gait changes over time and act as a red flag for cognitive impairment.”

Further research is needed to assess the potential of free-living gait as a useful complementary diagnostic marker for dementia.

An estimated 46.8m people worldwide were living with dementia in 2015, and with an ageing population in most developed countries, predictions suggest this number may double by 2050.

Alzheimer’s disease starts long before it is noticed by those with the disease or their doctor. Previous studies have shown changes to the brain as early as 10 to 20 years before symptoms arise.

If experts can identify the biomarkers present in this very early stage, there may be the chance of treating the disease earlier, which is vital to prevent damage to people’s memory and thinking.

The Deep and Frequent Phenotyping Project, led by the University of Oxford, is working with eight universities and the Alzheimer’s Society, also receiving support from biopharma companies.

New biomarkers will be used alone and alongside tests such as brain imaging and assessment of memory and other cognitive functions. They will allow the researchers to recognise the early stages of the disease and those who may be suitable for trials of possible treatments.