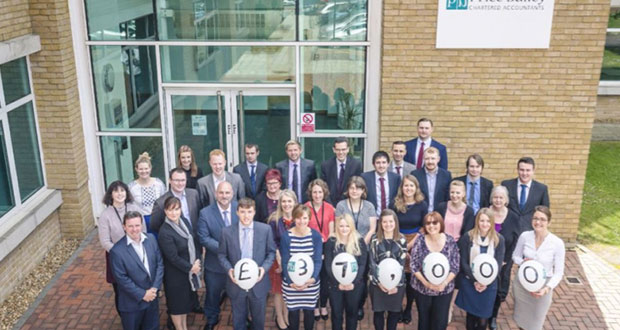 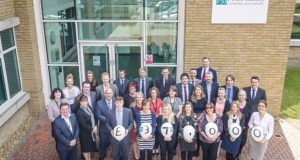 East Anglian-based chartered accountants and business advisers Price Bailey are celebrating the success of their first year of fundraising after raising an incredible £37,000 for Alzheimer’s Research UK.

Over the past 12 months, the firm has organised a number of events for the UK’s leading dementia research charity, including skydives, a beer tasting evening and a company-wide charity day in September, which raised £20,000. The firm, which has offices in Cambridge, Bishop’s Stortford, Ely, Norwich, London and Guernsey is now embarking on the second year of the partnership and has high hopes to push the total even further.

The latest challenge is being organised by Audit Manager Simon Lovick. The 31-year-old, along with 19 of his colleagues, will be running the equivalent of 40 marathons over the next year, which works out as 1,718km – in honour of the 17/18 tax year. Other planned events including a trek across Guatemala and a charity ball, are also being organised to help boost the fundraising total.

Money raised by the firm is helping Alzheimer’s Research UK in its mission to bring about a life-changing treatment for dementia. Currently, 850,000 people in the UK are living with the condition and this number is expected to grow to one million by 2025.

“We are absolutely delighted by the amount raised for Alzheimer’s Research UK in our first year of the partnership. While we haven’t set an overall target, this figure completely exceeds our expectations and we can’t wait to see what the total will be at the end of the two years. Everyone at Price Bailey has really got behind the fundraising and it’s clear that it is a charity close to many people’s hearts. Most people know someone affected by dementia, which is why I think people have been so determined to do their bit.”

“What a fantastic first year for Price Bailey! Everyone here at Alzheimer’s Research UK is inspired by their fundraising efforts and we’re excited to see what they come up with next. Without the support of our partners like Price Bailey, we would not be able to fund the pioneering research which will one day defeat dementia. We’re incredibly grateful for all that they are doing.”